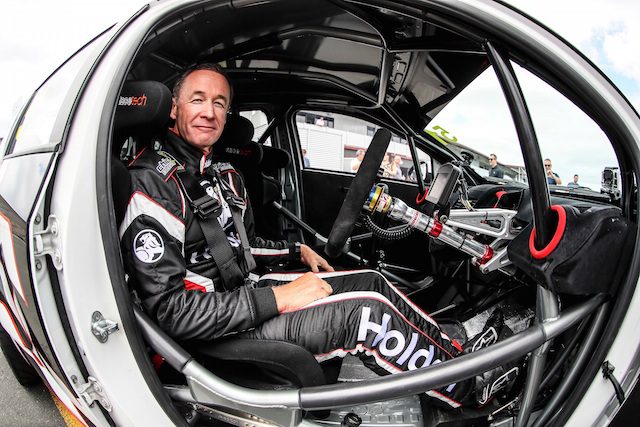 Greg Murphy will return to the wheel of Supercar after receiving a late call up to take part in Friday’s additional driver session at the Winton SuperSprint.

Tekno Autosports has confirmed to Speedcafe.com that four-time Bathurst 1000 winner will drive the #19 Holden Commodore in the 30 minute session as a replacement for team owner Jonathon Webb. Although yet to be officially confirmed as the squad’s Pirtek Enduro Cup driver, Webb was expected to drive at Winton but has been ruled out due other commitments.

As a result, the team has called up Murphy to fill the void in the car usually piloted by rookie Jack Le Brocq in the main game.

Murphy, who ended his full-time Supercars career in 2012, jumped behind the wheel of a Lucas Dumbrell Motorsport Commodore in the corresponding Winton practice session last year.

He also drove an Erebus Motorsport Holden in the session back in 2016.

The New Zealander took up a television role at Supercars Media in 2015 which has seen him relinquish enduro co-driver opportunities.

He does however continue to compete in the New Zealand Rally Championship when events avoid clashes with Supercars.

The Tekno Commodore will revert back to its SS Signs livery this weekend after debuting the colour scheme at the season opening Adelaide 500 in March.