Mostert: We have our work cut out at Winton

Mostert: We have our work cut out at Winton 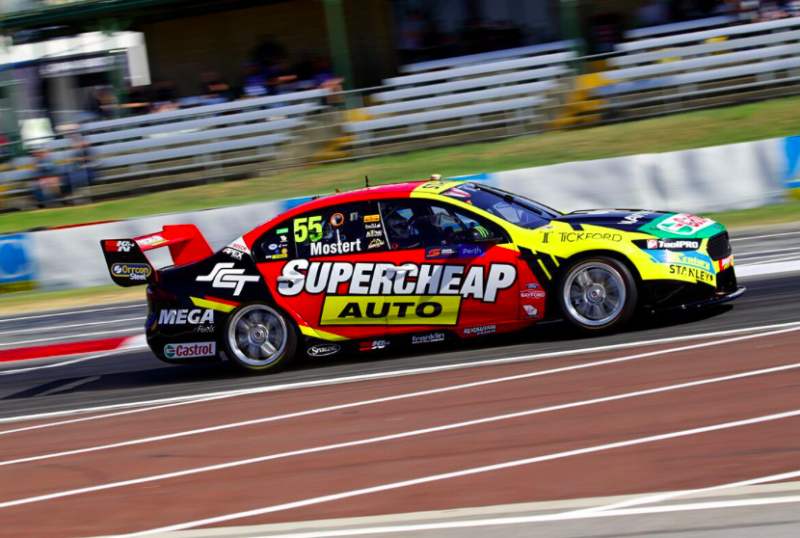 Chaz Mostert is expecting to face another tough weekend at Winton as his Tickford Racing squad continues to work to claw back the deficit to the front runners.

Last year’s championship contender has struggled to find a balance with his Falcon FGX this season and is currently the only member of the top nine in the championship yet to visit the podium.

Mostert believes a combination of factors including a change of Dunlop rubber has highlighted areas of weakness on his car which his team is working hard to resolve.

Despite heading to the team’s test track, the 2014 Bathurst 1000 winner believes the local knowledge will have little effect in closing the gap to his rivals.

“We have got our work cut out for us this weekend,” Mostert told Speedcafe.com.

“At the moment our race weekends are a little bit like our test days just trying to get on top of things. We will just keep working away.

“We haven’t been there since the test last year. I guess we would have had an upper hand if we had tested there earlier in the year.

“For this weekend’s racing, as a team I don’t believe we will have an upper hand on the guys coming from up north at all.

“I’m optimistic that we can turn the year around sooner rather than later.

“I think we have got a good brains trust here at the team and we are just trying to turn it around.

“It is hard to go into a round randomly and turn it around from the stuff that I feel like I’m lacking this year.

“But hopefully within a couple of rounds we can make some significant gains and get back to the pointy end.”

Mostert admits that there is not a great deal of difference between the feeling of his current car compared to last year.

Amid the struggles Mostert has been able to record 10 top 10 finishes from the 12 races so far to leave him ninth in the championship.

“It (the feeling) is not a massive amount of difference,” he added.

“I think this year has just highlighted some of the issues we were carrying last year.

“This year’s been multiplied with some different changes in the car and in the series with tyres.

“I think we are struggling a little bit more than some of the guys out there and we have just got to try and get on top of that.”

However, Mostert is desperate for a test day at Winton after this weekend’s race meeting to help iron out issues with his car.

“I personally am hanging for a test day,” he said.

“A test day would be really great for us and I think we have one scheduled for after Winton.”

The Winton SuperSprint begins on Friday with an additional driver practice that will see Pirtek Enduro Cup co-driver James Moffat take the wheel.