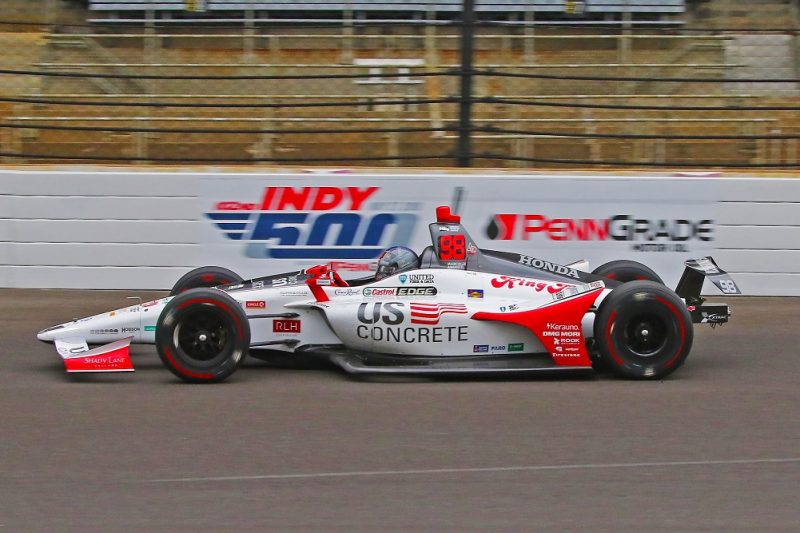 Marco Andretti exceeded 227mph as he ended Day 2 of practice for the Indianapolis 500 with the fastest lap, while Scott Dixon was second.

Charlie Kimball (#23 Carlin) was the first of the Chevrolets in fifth while sixth-placed Tony Kanaan recorded the day’s fastest non-tow lap (223.048mph, 358.961km/h) in the #14 AJ Foyt Racing Chevrolet.

Day 1 fast man Simon Pagenaud (#22 Chevrolet) was the slowest of the Team Penske drivers in 24th, though the team’s best was Josef Newgarden (#1 Chevrolet) in 11th.

James Davison was 33rd-fastest in the #33 Foyt w/ Byrd-Hollinger-Belardi Chevrolet.

Practice continues tomorrow with another seven hours from 0100 AEST.