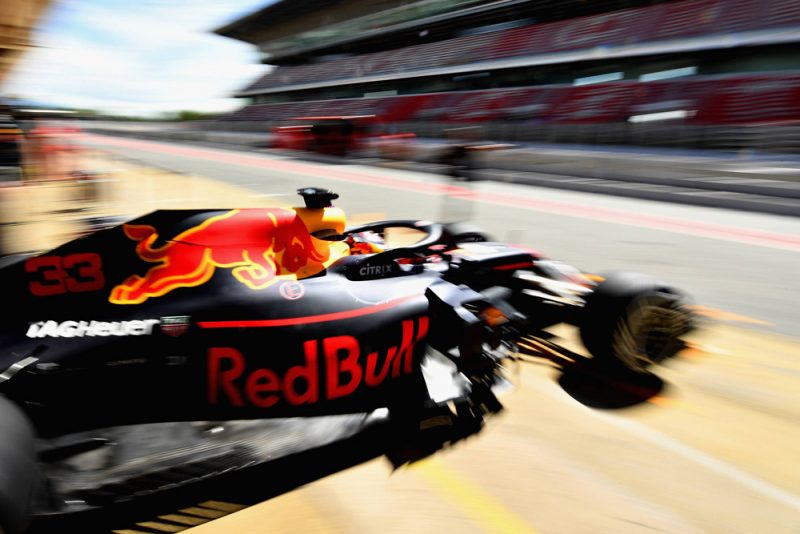 Red Bull’s Max Verstappen has topped the opening day at Barcelona as teams take part in the first Formula 1 in-season test of the season.

Verstappen bettered Carlos Sainz in the Renault by just 0.034s, with both drivers setting their best efforts on a set of hypersoft Pirelli tyres.

The first of two in-season tests, the next coming in Hungary in July, the day ran without interruption and saw more than 1,400 laps turned in by 13 different drivers.

Verstappen’s best lap came in the final hour, the Dutchman banking nearly 150 laps across the course of the day.

“Today was about gaining even more understanding of the car and tyres and we completed more than the program we set out, so it was very good,” Verstappen said.

“We did a lot of laps today and I think if it was day one of winter testing I’d feel it, but it was no problem today and physically everything was fine.”

Red Bull will slot simulator driver Jake Dennis into the car for Wednesday.

At Ferrari, Sebastian Vettel tested a number of developments for the team, though none specifically aimed at the next round of the season in Monaco.

He’ll hand the car over to Antonio Giovinazzi for Wednesday, the Italian having tested for Sauber on Tuesday.

A number of teams preferred to use their test drivers in place of their championship regulars.

That saw Nicholas Latifi at the wheel for Force India, though he handed the car to George Russell for a period as he helped Pirelli develop its tyres.

Giovinazzi was in action for Sauber, Lando Norris and Oliver Turvey helped Pirelli at McLaren, Oliver Rowland took the wheel for Williams and Sean Gelael for Toro Rosso.

Gelaels’ running was interrupted with an oil radiator failure, which saw the team elect to change the power unit in his car.

It meant the Indonesian driver managed just 50 laps across the day, the fewest of anyone.

Testing continues in Barcelona on Wednesday, the second and final day of the opening in-season test.

F1 then heads to Monaco for the sixth round of the championship on May 24-27.