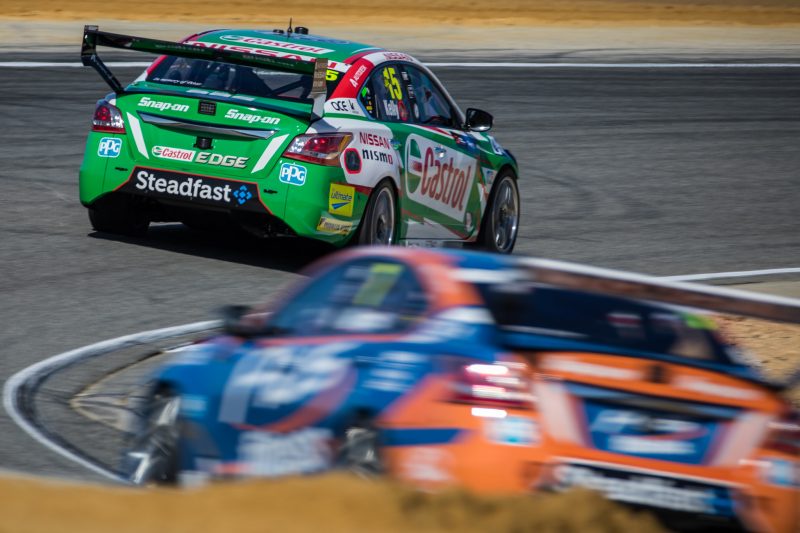 Kelly Racing is open minded regarding its future after Nissan pic: AJP Photography

Kelly Racing is open to working with other manufacturers in the future following Nissan’s withdrawal from Supercars.

The Braeside operation has operated the Nissan’s factory Supercars program since 2013 but will revert to its Kelly Racing roots next year after the Japanese marque elected not to renew its support.

Team co-owner Todd Kelly has confirmed his team will continue to run Altimas next season with the aim of fielding four cars.

However, having run a factory operation for the last five years he admits the operation is open-minded regarding its future brand alliances.

“Next year our primary focus for the early part of the year is to hook into what we’ve got and get a few trophies with it, but we’re open to anything (in the future),” Kelly told Speedcafe.com.

“We want to make sure we make the right decision for the team moving forward – commercially and performance wise.

“Those are the two things, you need fast cars and you need enough money to keep the team in a position where it can afford to be successful.

“We’re not going to rush into anything, initially.

“But the capabilities we’ve got in-house will allow us to be able to take on any opportunity whether that’s a new manufacturer or a joint venture to develop something with another team or you know, re-engage Nissan or any manufacturer further down the track in the future.

“The good thing is we’ve got next year to consolidate what we’ve got and there’s enough lead time to ensure the following year is as competitive as it can be.”

Although open minded regarding its future guise in Supercars, Kelly admits it could continue to run Altimas beyond 2019.

The squad has spent significant time and finance in developing the car which is beginning to yield results following a strong start to the season, highlighted by a double podium at Phillip Island last month.

“We’ve developed that car and engine package from scratch – all in-house,” added Kelly.

“So if we think that’s the best thing for the future to stay in that car for at least another two years rather than one I can’t see that Nissan would have an issue with that.

“The good thing is we’ve got the cars competitive and that’s what we’re going into next year with.”