Kelly: We did everything to persuade Nissan to stay

Kelly: We did everything to persuade Nissan to stay 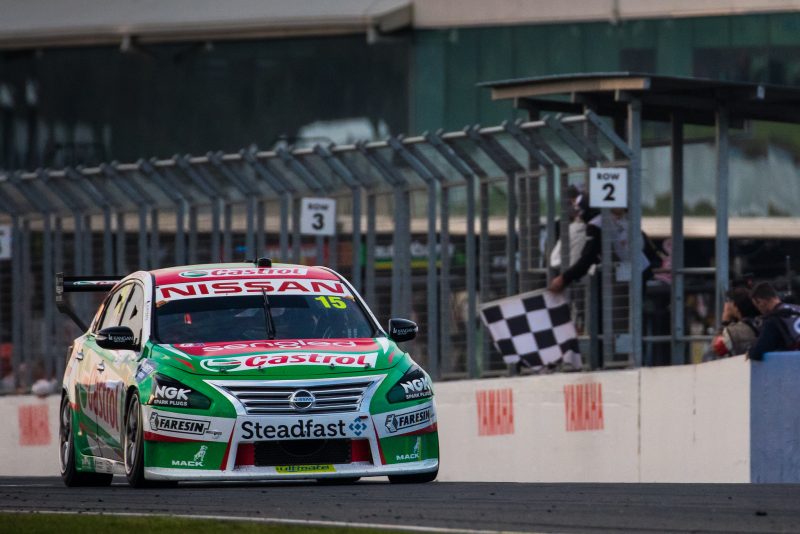 Todd Kelly felt his team did everything in their power to try and persuade Nissan to continue its Supercars program.

Nissan will exit the sport at the end of the year after electing against renewing its commitment to Australia’s premier series.

The Japanese marque agreed a partnership with Kelly Racing to join Supercars in 2012 ahead of a four car tilt that lasted for six years, beginning in 2013.

During this period the Braeside operation homologated and developed the Altima Supercar.

The project also saw the squad have to engineer a modified production VK56DE engine, used in the Patrol four-wheel-drive road car, to match the established power units run by Ford and Holden.

Nissan’s decision also arrives after strong start to the season that saw a recent off-season development push help the team to a double podium at Phillip Island.

“In any type of deal like this, you know you throw everything at it that you can,” Kelly told Speedcafe.com, when asked about the discussions with Nissan.

“So there was a lot of good discussion through this process.

“That’s why I’m kind of sitting here proud of where we’re at because there’s no regrets or nothing that I feel we could have or should have done, that we didn’t.

“So that’s where it got to in the end, and we respect that and are thankful for the five years, basically.

“It is (a shame). They’ve (Nissan) got other interests with their brand that they want to pursue.

“We’ve still got the ability to carry on exactly as we are next year.

“At the end of the day we’ve lost a fantastic brand and a fantastic sponsor but everything else other than that remains exact.

“So that’s just our focus to keep progressing from where we are now in next year.”

However, Nissan says a change in strategic direction for the brand has prompted its exit from Supercars.

“I would say we have a different strategic direction for the company that, at this point, does not involve the Supercars series,” Nissan Australia managing director Stephen Lester said.

“We see a much stronger alignment and tie around Nissan Intelligent Mobility, our future in the EV space, as well as SUVs, and that portfolio being much more represented by other activities at this moment in time.

“It does not mean that we don’t see value in racing, we need to take a step back in our approach towards motorsport and look how we can make that fit best within our future objectives.”

While Nissan Motorsport has scored two wins and a further 11 podium finishes with the Altima to date, Kelly admits he is proud of his team’s achievements considering some of the struggles faced in developing the car.

The Kelly Racing co-owner admitted he had ‘no regrets’ after reflecting on the past five years.

“I’ve thought a lot about through this process, (it’s) pretty big news with a manufacturer pulling out of the team and the sport but at the end of the day I’m extremely proud of what we’ve achieved with the team and Nissan over that period,” he added.

“With the technical side of the car and what the team’s done for them commercially and to sit here at the end of it I don’t have any regrets or would change anything that we did.

“We did our best the whole time from start to finish and it was a big task developing the car and putting a road car based engine in and develop that from scratch but there’s nothing more we could have done.

“And we’ve finally got the package and the team to a point where it’s extremely competitive against what’s essentially a purpose-built race engine and our car is obviously similar.

“So at the end of the day it’s a proud moment rather than the opposite.

“No one will ever understand what it’s taken to get to where we are now, the effort and the money that has gone into this package is incredible.

“The only people that will really understand that are the people within the team that have been involved in it.

“But at the same time, it’s what’s made this project so enjoyable for everybody involved and made everyone proud of what we’ve got on the grid now.”

Kelly Racing aims to continue its four-car Altima effort next year without support from Nissan.