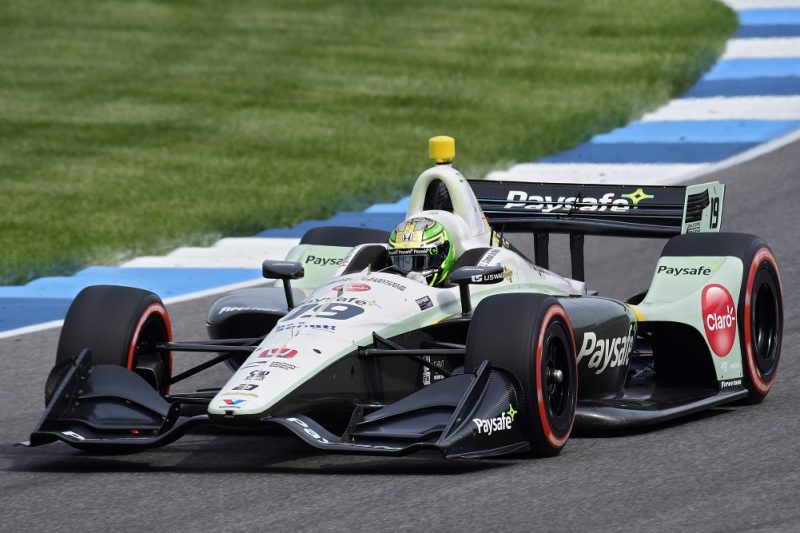 Zachary Claman DeMelo has been named as the replacement for the injured Pietro Fittipaldi in this year’s Indianapolis 500.

Claman DeMelo and Fittipaldi already share the #19 Dale Coyne Racing Honda but the former was scheduled to take the wheel for both Indianapolis races this month.

After Fittipaldi broke his left leg and right ankle when he hit the wall at Eau Rouge during qualifying for Round 1 of the World Endurance Championship, Claman DeMelo stood in for the IndyCar Grand Prix.

The Canadian has since been named in the car for the Verizon IndyCar Series’ flagship race.

“I’m very much looking forward to turning my first laps aboard the No. 19 Paysafe IndyCar on the oval at the Indianapolis Motor Speedway,” said Claman DeMelo.

“It’s an iconic venue and I’m extremely fortunate to be able to have the opportunity to drive here.

“Again, it’s unfortunate that it’s under these circumstances with Pietro’s injuries, so I realise how lucky I am to have this chance.”