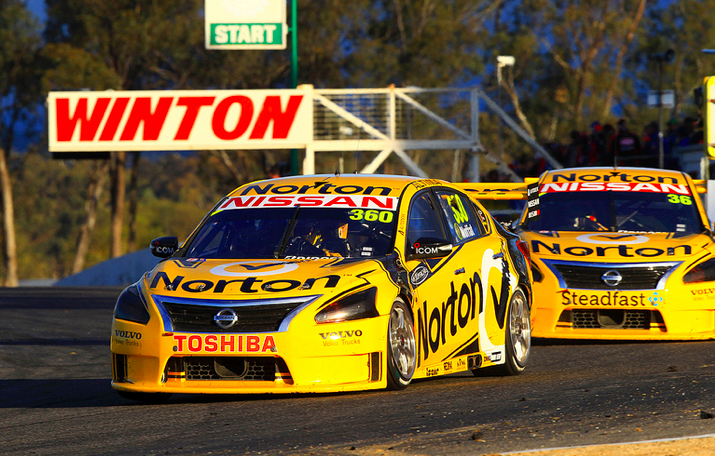 Nissan has confirmed today that it will withdraw its support from Australia’s premier series at the end of current season.

Speedcafe.com has compiled a snapshot of the Japanese marque’s journey as a factory team in Supercars. 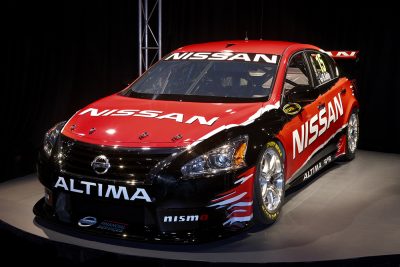 The Altima as unveiled in 2012

Nissan announced plans in February to join the Supercars Championship, becoming the first manufacturer to take advantage of the newly devised Car of the Future (COTF) regulations.

The Japanese manufacturer signed a tie-up with Kelly Racing to field four newly developed V8-powered Altima Supercars, with the team to be known as Nissan Motorsport.

The race-going Altima was revealed for the first time in October that year, feature a version of the VK56DE engine used in the Patrol four-wheel-drive. 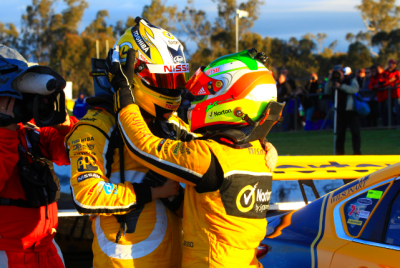 Moffat and Caruso embrace after their Winton one-two

It was confirmed in January that Kelly Racing had purchased the two Larry Perkins RECs which had already been housed at the team since 2009.

The marque scored its first race win when Moffat headed Caruso at Winton in August.

However the win was shrouded in controversy given the Nissans had been trialling a new E70 blend of race fuel.

Rick Kelly finished as the top driver with a 14th overall in the championship standings. 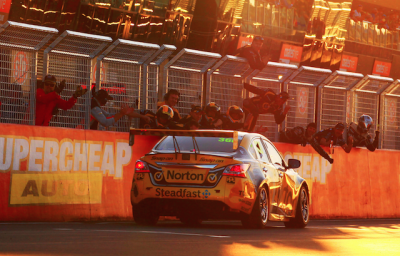 The team retained its four drivers for 2014 under the guidance of new general manager Scott Sinclair.

Nissan Motorsport spent a large part of the season focusing on much needed engine upgrades to put it on a par with rivals Holden, Ford and the new Volvo.

The Altima’s aerodynamic package was also re-homologated after the team claimed that it was producing more drag than rival cars.

Caruso was the squad’s most consistent driving finishing 10th in the championship standings highlighted by a string of top fives including a podium at the Gold Coast. 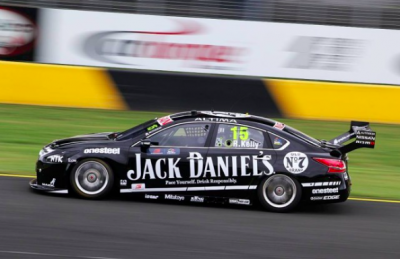 The team would later poke fun at the result after the #360 Altima had twice been in the wall at Griffins Bend during the race.

Nissan stepped up its involvement with the team by running a factory livery on Caruso’s Altima, which changed to the #23 made famous by the brand.

Rick Kelly led the four car outfit by scoring four podiums while claiming a pole position at Darwin in 2015.

Caruso scored the team’s only other podium at Winton. 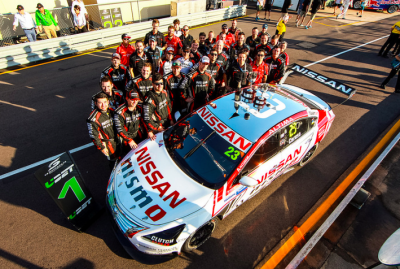 Caruso and the Nissan Motorsport crew after winning at Hidden Valley

Caruso scored the marque’s second race win at Hidden Valley which was one of only two podiums for the season on his way to 10th in the standings.

After much speculation regarding its future, Nissan announced a two-year extension to its Supercars program alongside a new two-year deal for Michael Caruso. 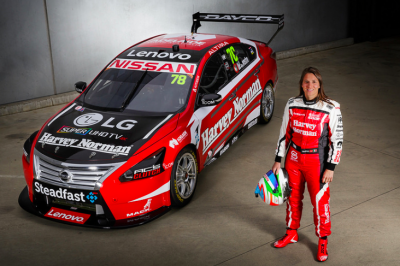 The campaign proved to be a struggled for the Braeside squad as it went through the entire season without a podium finish.

The team welcomed talented former IndyCar driver Simona de Silvestro on a three-year deal as a replacement for Dale Wood.

A new Dunlop tyre provided plenty of headaches for he operation which saw Caruso end up as its top driver in 13th in the championship standings.

Richard Emery, who had been Nissan Australia’s CEO since 2014 and championed the marque’s involvement in motorsport, left the company in August. 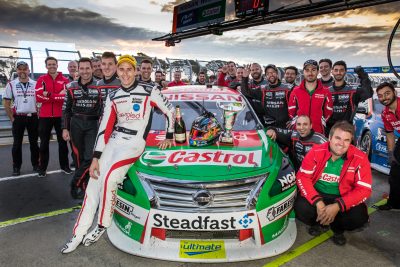 The team ramped up development of its Altimas as it welcomed Andre Heimgartner to the fold, who took over from the retiring co-owner Todd Kelly.

Nissan announced a move to end its factory support to the team at the end of the season although Kelly Racing will continue to run Altimas next year.

Nissan Motorsport in the Virgin Australia Supercars Championship: 2013 to present