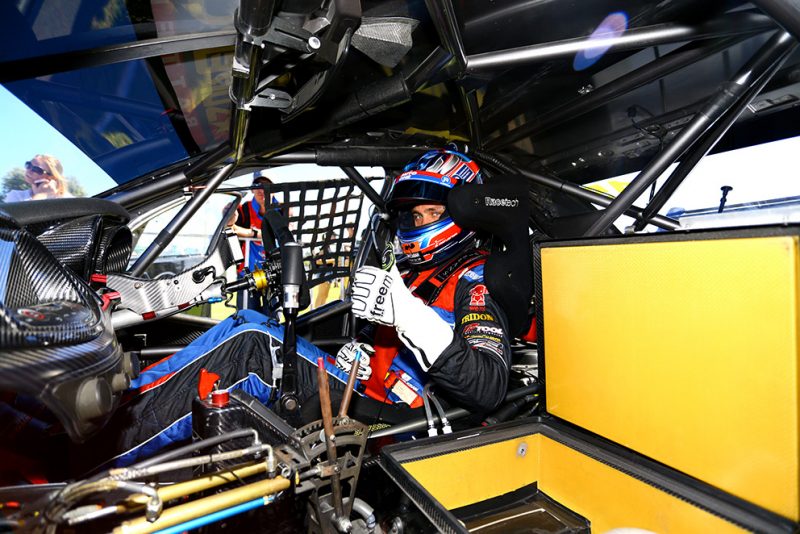 Adam Marjoram will pilot the Team CoolDrive entry in this weekend’s additional driver practice session at the Winton SuperSprint.

Marjoram’s drive in the Brad Jones Racing Holden comes due to the absence of Dale Wood, who was already committed to a clashing activity at Phillip Island before being appointed Tim Blanchard’s Pirtek Enduro Cup co-driver.

Blanchard, whose family owns the REC which he races on, made the call to put Marjoram in the #21 ZB Commodore.

“Dale wasn’t available to drive the car this weekend as he had locked in a drive opportunity at Phillip Island before taking on the co-driver role with us,” Blanchard explained.

“He’s spending enough time behind the wheel so when he does hop on board the Team CoolDrive Supercar, he’ll be up to speed in no time.”

“With the session available for another driver to partake in, we thought it would be a great opportunity to give one of the Super2 drivers a chance to do some laps, so we’ve got Adam Marjoram joining us for the weekend.

“I’ve known Adam for a few years now and he’s a talent behind the wheel.

“It will be good to get some feedback from someone outside the team, he’ll have a fresh take on everything, so I’m interested to see what he thinks.”

For Marjoram, who is currently in his third year in the Dunlop Super2 Series having previously raced in V8 Utes, the session will be his first in Virgin Australia Supercars Championship competition.

“When Tim gave me the phone call I was a little shell shocked,” said the 24-year-old.

“I am very excited to have the opportunity to drive the Team CoolDrive Supercar at Winton and see what the difference in between my current Image Racing VF Commodore and the CoolDrive ZB Commodore.

“It’ll be an exciting challenge being my first main game session, as I will be one of the only ones to have never driven in a Supercars session before.

“I am looking forward to learning and understanding the environment and what would be needed of me in the main series. Tim and BJR are providing me with a great learning opportunity.

“It’s been a whirlwind week for me to get my Superlicence; Brad Jones and CAMS have helped guide me and I am very appreciative for that.”

The half-hour additional driver session will be held on Friday from 1005 local time/AEST.