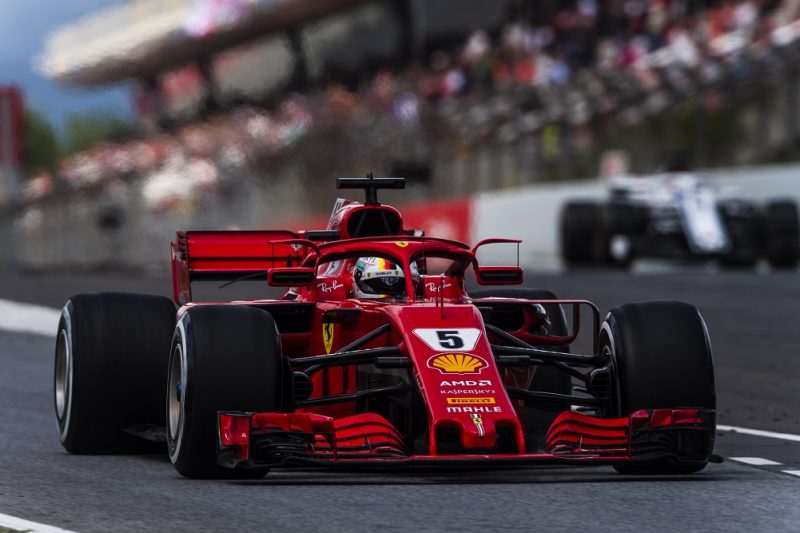 Ferrari’s halo-mounted mirrors must be redesigned for the Monaco Grand Prix due to a difference in interpretation of what constitutes a ‘mounting’, according to FIA race director Charlie Whiting.

The Scuderia had been the first to take advantage of being granted permission by the FIA to attach the mirrors to the halo when it rolled out the change in Spain.

However, in doing so it added fins which projected upward from the halo before connecting with the mirror, which would contravene regulations if not specifically for the purpose of supporting the mirror.

“I think it’s a liberal interpretation of the word ‘mounting’,” said Whiting.

“That’s how they’ve become legal because there’s no bodywork allowed in the area… the interpretation hinges on whether we think that’s a mounting or not.

“We somehow think not, so we’re going to take some action on that.”

Ferrari’s new mirror configuration was allowed for the Barcelona race weekend because it was not an obvious breach of regulations.

“If it was a clear breach of the regulations, they wouldn’t have been allowed to use it here,” Whiting explained.

“But we’ll clarify that to everybody.”

Sebastian Vettel claimed that the mirrors were reasonable and that they simply aided visibility.

“For us it’s straightforward. I see better. That was the point of moving them,” Vettel, who finished fourth, told reporters post-race.

“We asked already in the beginning of the year when the first seat fit was with the halo if we can move them (the mirrors) on the halo because then they would just be in a better position to see what’s behind.”

The Monaco Grand Prix takes place from May 24-27.