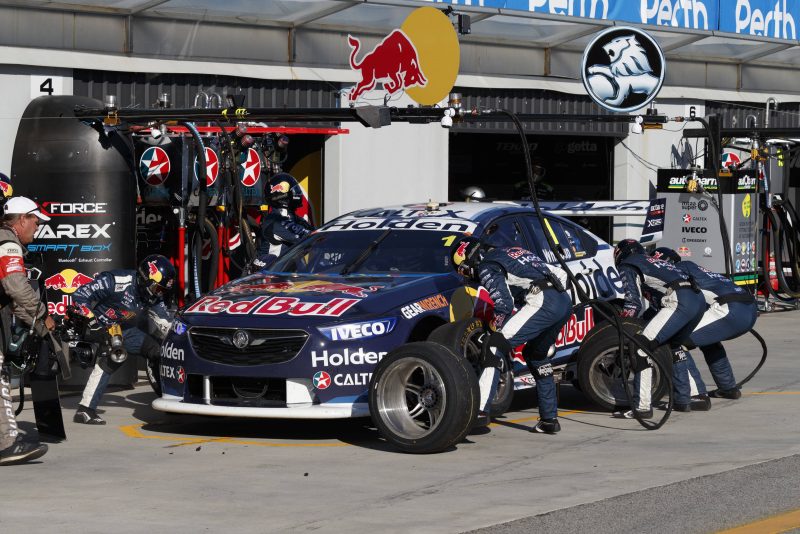 Triple Eight plan to push its development of the ZB Commodore

The squad made an explosive start to the season with its newly homologated Holden winning five of the opening eight races, but a return of form from DJR Team Penske has seen Scott McLaughlin take the last four victories.

Dutton has maintained that there is still plenty to learn about Holden’s latest Supercar compared to its VF predecessor, with the ability to find its set-up sweetspot at every type of circuit a challenge for the team.

Triple Eight’s flying start to the season came while some of its resources were devoted to development of the V6 twin turbo engine, which was due to make its appearance in a wildcard entry before a full roll out in 2019.

Now this project has been put on hold by Holden, the team is ramping up its development on the ZB Commodore.

“We need to keep pushing forward and we will,” said Dutton.

“We’ve actually been using the (V6TT) engine not going ahead next year as more of ‘Okay, well let’s get resources and get everyone focused on development of…’ not just parts but just pure development and understanding of ‘how can we make this car go quicker?’ for the next few years, not just this year.

“We’ve got really clear short, mid and long term goals for the ZB.

“We did a pretty good job and didn’t execute everything (at Perth).

“We’re still finding the sweetspot for this car.

“And I’ve said that before, I’ll say it again, we rolled out (at the season opener) so strong – which is awesome, (but) we knew that there would be times where it was harder to find the sweetspot, so that is a function of a brand new aero kit.

“I believe we were probably stronger this year than we were then, so we’ve made an improvement, but there’s still a way to go, because we really need to know what every tuning tool on this car does and what the sensitivities are.

“Definitely, (we are) keen to get to the test track.”

Triple Eight like many of the Holden teams are keen for a test day to further understand the new ZB Commodore.

The squad is planning to take the second of its allocated test days next month prior to the trip to Darwin from June 15-17.