Ricciardo: Red Bull car was on a knife-edge

Ricciardo: Red Bull car was on a knife-edge 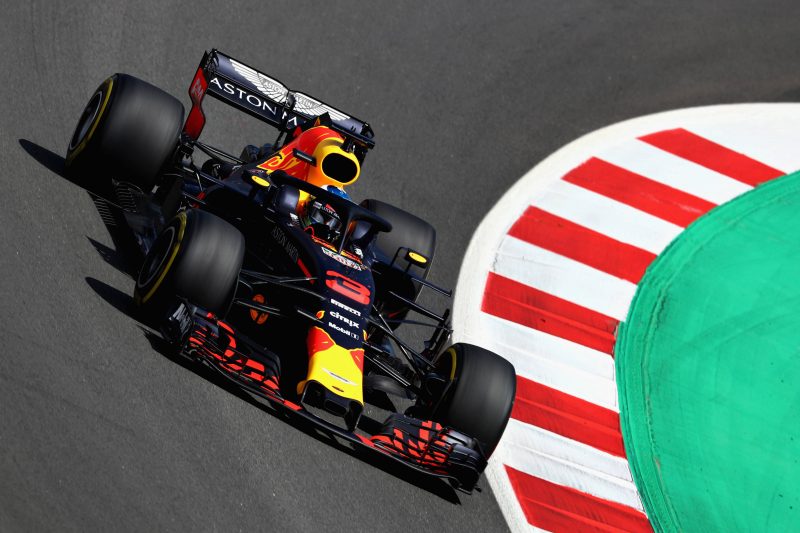 Daniel Ricciardo felt he was unable to push consistently with his Red Bull’s handling ‘on a knife-edge’ at times during the Spanish Grand Prix.

The Australian endured a rather lonely race on his way to fifth some 50 seconds adrift of race winner Lewis Hamilton at the Circuit de Catalunya.

Ricciardo spent the majority of the race in fifth unable to really threaten the front runners as he struggled with the handling of his upgraded RB14.

The five-time grand prix winner did set the fastest lap of the race in the closing stages, but described his car’s balance as ‘on a knife-edge’ which restricted his pace.

Ricciardo’s day was also hampered by a spin under the Virtual Safety Car, losing 12 seconds, as the encounter ticked towards the final third.

“It was just a bit tricky to drive,” Ricciardo told Sky Sports F1.

“It was fast when you were able to put it altogether, but it wasn’t easy.

“It was easy to make mistakes, it was on knife-edge. I felt like if you got lucky you could put in a blistering lap but only one out of five I could make it happen.

“The four other laps I was sliding and struggling to stay on.

“At the beginning of the race it felt as though we were hanging on. It seemed like Kimi (Raikkonen) wasn’t particularly quick and Max and myself seemed like we had more pace.

“At the VSC, I actually had a spin on the restart as I was struggling to keep these tyres warm.

“Fortunately there were no walls like Romain Grosjean found at Baku but it put me in no man’s land.

“There were signs of good pace but it was a boring race.”

Red Bull boss Christian Horner believes his squad has taken a step forward but feels his drivers must improve in qualifying to challenge for stronger results.

“It is good to get both cars to the finish. I think we did everything we could strategically,” said Horner.

“I think we had a very fast race car but our problem is we have got do a better job on Saturdays.

“We have got to get further up the grid because starting fifth and sixth puts you in the dirty air at the start.

“If we can get higher up the grid bigger results are going to come.”

Red Bull is however tipped to shine when the championship heads to Monaco from May 24-27.