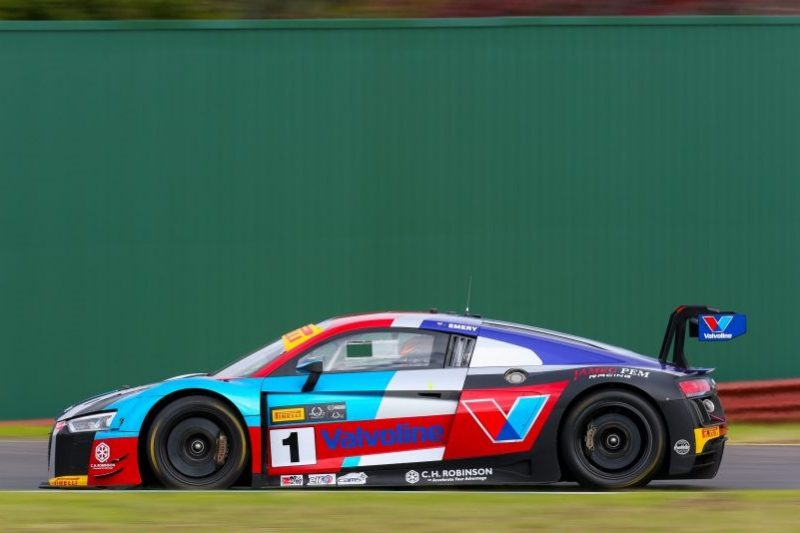 Geoff Emery has won Race 3 and with it Round 3 of the Australian GT Championship at the Sandown Shannons Nationals meeting after staving off intense pressure from Fraser Ross.

Emery trailed Ross in the opening stint of that race as the latter pushed hard in his #59 Total McLaren 650S GT3 in a bid to open up a gap before the compulsory pit stops.

Those positions were reversed once the #1 Valvoline Audi R8 LMS exited the lane from its CPS, but Bates had a battle on his hands for the final 10 minutes or so after Emery closed in.

The 2017 Australian GT champion held on to take his first win of the season, having lost the Race 1 victory due to a time penalty applied post-race.

Ross was also second in Race 2, with Tony Bates in the #24 KFC Audi R8 LMS managing a sizeable lead to the finish during the second stint of the race.

Those results gave Ross second for the round overall from Peter Hackett (#63 Eggleston Motorsport Mercedes-AMG GT3), whose ultimate classification as Race 1 winner makes him the outright most prolific race winner in Australian GT history on 18.

Liam Talbot (#911 Walkinshaw Porsche 911 GT3 R) took over the lead of the championship, which continues in Australian Endurance Championship mode with Shannons Nationals at Phillip Island on June 1-3. Beric Lynton has continued his winning run in Round 1 of the Jacuzzi Spas Australian Production Car with another two race wins and a new lap record.

But for pit stops, the #23 Bruce Lynton Jaguar/Land Rover BMW M3 led every lap of the day to take Class A1 and outright honours, having won both Races 1 and 2 a day earlier.

There was drama, however, for his main rivals across both Sunday races, first when the Sherrin Rentals BMW M4 retired with an intercooler pump issue in Race 3.

It was the turn of the Pro-Duct Evo Xs in Race 4 when Bob Pearson experienced mechanical issues and Rick Bates suffered a flat tyre as they finished off the lead lap in 13th and 14th outright respectively.

In a tale of contrasting days, Grant and Iain Sherrin climbed to second by the chequered flag in Race 4, while Pearson had edged Bates to second in Race 3 after trading places multiple times.

Round 2, including the Fight in the Night, runs with Shannons Nationals at Queensland Raceway on July 27-29. Cooper Murray has won Round 2 of Porsche Michelin GT3 Cup Challenge on a countback after taking out Race 3 of the weekend.

Murray had tied for points with Simon Fallon, who added a win in Race 2 to that which he took in Race 1 a day prior.

However, the latter of those victories was only worth half points due to a shortened race, and he opened the door for Murray by finishing fifth in the finale.

A consistent Luis Leeds ended the round in third with race results of third, second, and third.

Chelsea Angelo’s weekend came to a premature end when she hit the fence at Dandenong Road while tailing leader Fallon during Race 2.

Daniel Stutterd won the round in Pro-Am class and David Greig in Class B.

Murray leads the Pro standings ahead, with the next round again with the Nationals at Phillip Island. 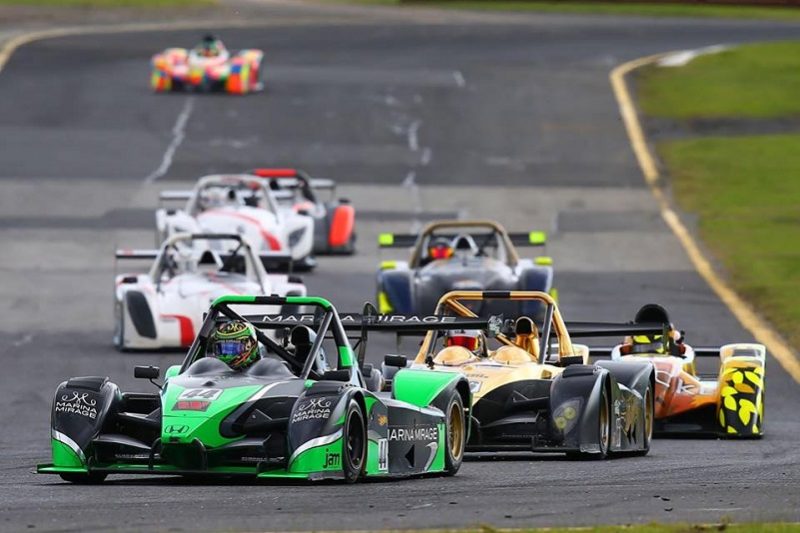 Jason Makris has gone two from two in Round 2 of the Australian Prototype Series.

Dimitrios Zartaloudis put a Race 1 crash behind him to finish a career-best third in Race 2.

Mark Laucke’s West suffered engine issues in the latter race of the weekend but sixth position at the chequered flag put him on the round podium.

Makris now edges round runner-up Drake by two points in the series standings.

Round 2 will be held on the Nationals card at Queensland Raceway.

Kim Burke and Simon Haggarty split the race wins in Round 3 of Radical Australia Cup.

Burke won the opener and finished second in the second, with Haggarty achieving the reverse of those results.

John-Paul Drake was third in both races.

The next round is again with Shannons Nationals at Phillip Island.