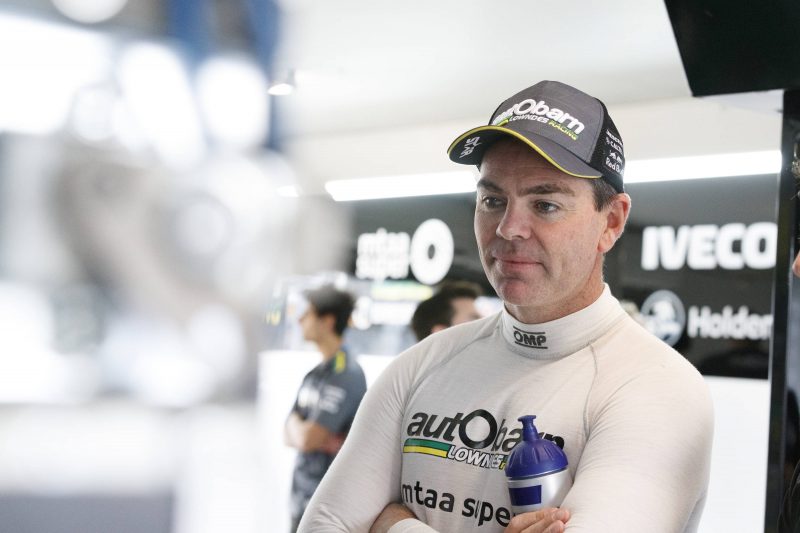 Craig Lowndes has dismissed a report claiming he has made a decision to retire from Supercars at the end of the 2019 campaign.

The three-time series champion has been enjoying a resurgence in form this season, sitting fourth in the standings having scored his 106th career race win at Symmons Plains followed by two further podium finishes.

Lowndes signed a two-year contract extension last year with Triple Eight which will keep him at the team until at least the end of 2019.

Questions surrounding his future were raised after a difficult 2017 season.

However, Lowndes has issued a stinging response to a NewsCorp report this morning that suggested he has already decided to step down from full-time Supercars racing at the end of 2019.

“For all those asking questions, don’t worry when the time comes you’ll hear it from me first,” Lowndes posted on Twitter.

“The journalist and publication should be ashamed, I have NOT spoken to them.”

Lowndes stated that retirement was ‘not in his mind’ when quizzed about the subject following a third place finish in Race 12 at the Perth SuperSprint.

“(Retirement) wasn’t in my mind, so I’m not sure where that came from,” said Lowndes.

“We have a contract for this year and next year.

“You’ve got to be realistic. If you’re not performing, you’re not getting results. I don’t want to be a driver to make up numbers and circulate and do it for fun. You want to be there competitive, for the sponsors, the team, and yourself.

“Last year, as I said, we had a rollercoaster ride, and at the end of the year to be honest with you were a little bit down on yourself. You don’t doubt yourself, but you’re down because you’re working hard but the results are not coming.

“Now we’re seeing the fruits of what we did and seeing seeds of what we put in last year to make sure this year was smelling like roses.”

Lowndes will be back in action at the Winton SuperSprint from May 18-20.

For all those asking questions, don’t worry when the time comes you’ll hear it from me first. The journalist and publication should be ashamed, I have NOT spoken to them. 😄👍 https://t.co/WltuJxHp1P