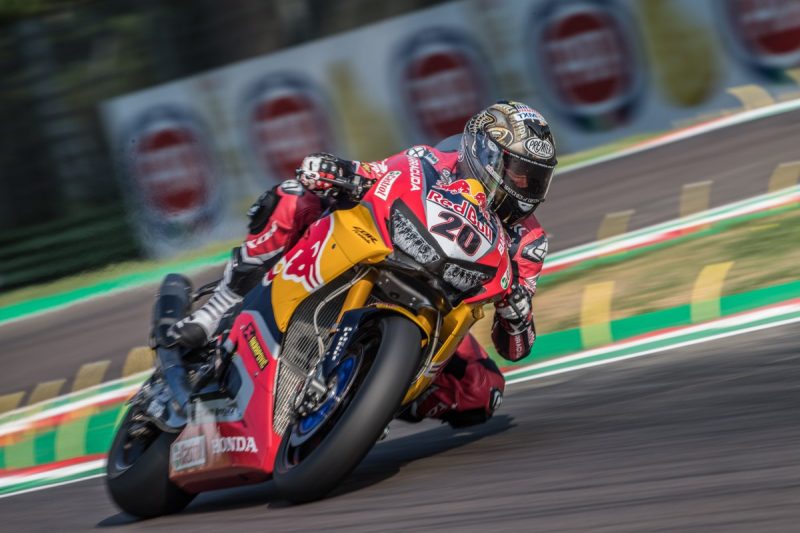 Red Bull Honda WSBK Team stand-in Jason O’Halloran has broken his right ankle after crashing during Race 1 of the Imola round of the Superbike World Championship.

O’Halloran was only called up for Free Practice 3 on Friday after the injury comeback of Leon Camier, who broke three ribs at Aragon last month, was called off.

The Australian qualified a tenth of a second faster than team-mate Jake Gagne to start 18th, but highsided at the Villeneuve chicane on Lap 2.

“We have had an update from the Clinica Mobile,” read a team tweet.

“Unfortunately, Jason O’Halloran has a fracture in his lower right leg and is on his way to Imola hospital.”

An update on @ohalloran22 – Jase has broken the inside of the ankle, and small fracture to the outside of the ankle. It was not a compound fracture, the foot peg went through his boot and caused the outside fracture. He has gone for surgery now. Will give an update later today😢

O’Halloran had been fourth in the British Superbike Championship.