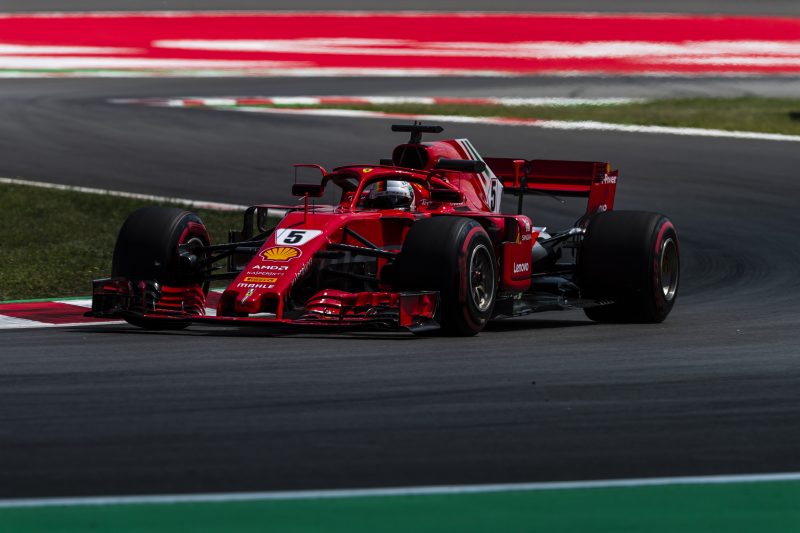 Four-time Formula 1 world champion Sebastian Vettel has said that Ferrari mounting its mirrors on the halo device has improved visibility from within the car.

The Scuderia arrived at the Spanish Grand Prix at Barcelona with a revised design for its mirrors, taking advantage of the FIA allowing teams to mount them on the halo instead of the survival shell.

The FIA recently confirmed teams could fix the mirrors to the halo, provided they satisfied all other requirements, including driver visibility.

Ferrari is the first to have taken advantage of the clarification, with its revised mirrors also sporting fins as the team pursues aerodynamic performance advantages.

Both Vettel and team-mate Kimi Raikkonen used the new mountings during Friday practice, with Vettel claiming it offered a benefit in the car.

“To be honest, it helps us to see what’s going on behind, that’s the main reason,” he said.

“Obviously they look quite fancy and I think they make the halo look a little bit better – hard to make something look good that doesn’t look good but I think we came in the last couple of years with stuff that other people tend to copy.

“I mean, most of the cars now followed our trend in terms of the sidepods and some of the bargeboard design, but it’s a confirmation that we’re heading the right way.

Ferrari wasn’t the only team boasting new aerodynamics in Spain, with updates at most teams including a new nostril-inspired nose at McLaren and new front wing at Renault.