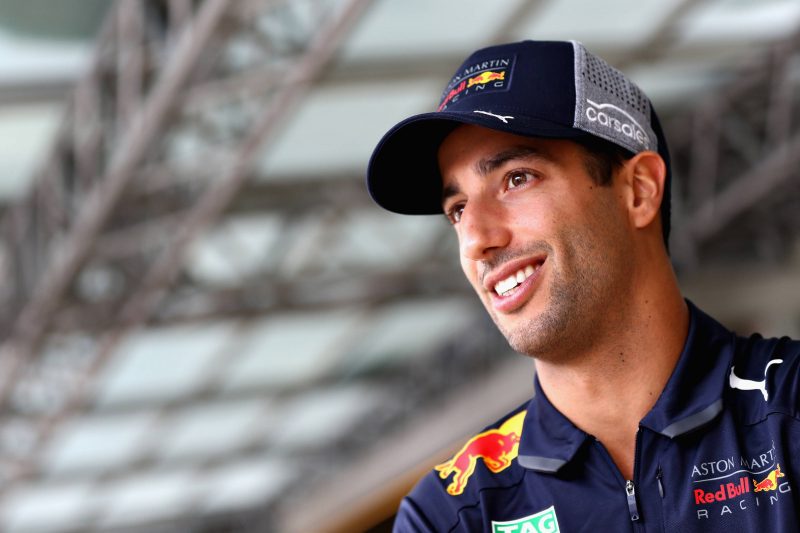 Daniel Ricciardo says upgrades to the Red Bulls for this weekend’s Spanish Grand Prix will ‘look pretty crazy’ while providing a speed advantage at Barcelona.

The Milton Keynes squad is among several teams to bring updates as the traditional European season begins.

Ricciardo has admitted that the developments on his car will be noticeable to fans as the team looks to reel in Mercedes and Ferrari.

“You always hear big numbers, you are going to gain this amount, but it seems when you get closer and closer the realisation is less optimistic,” said Ricciardo.

“The car will be quicker, but again is it enough of a thing to challenge the others?

“It will look cool, there’s a lot you’ll see on the sidepods and that, it’s going to look pretty crazy.

“If it’s not faster, at least we’re going to look cool.”

Red Bull is not the only team to introduce visible updates to its cars this weekend with McLaren adopting a modified front nose and bargeboard arrangement.

The Woking operation has downplayed the aerodynamic developments prior to this weekend’s race.

Driver Stoffel Vandoorne confirmed the update will change the appearance of the MCL33 ahead of its first proper run out later today.

“But what counts for us is how the car will handle and how it will perform on track, so we will see tomorrow.

“We have two busy sessions where we’ll try a lot of things across both cars to understand this package and then we’ll know a bit more about the performance. “

Meanwhile, Ferrari will also have a distinct new look as it trials halo mounted wing mirrors during practice.

The FIA confirmed last month that teams will be allowed to attach wing mirrors on the safety device in order to improve visibility for drivers.

Ferrari appears to have exploited this by attaching aerodynamic pieces to the mirrors as it looks to make further gains in this area.

Opening practice will begin at 1900 AEST.