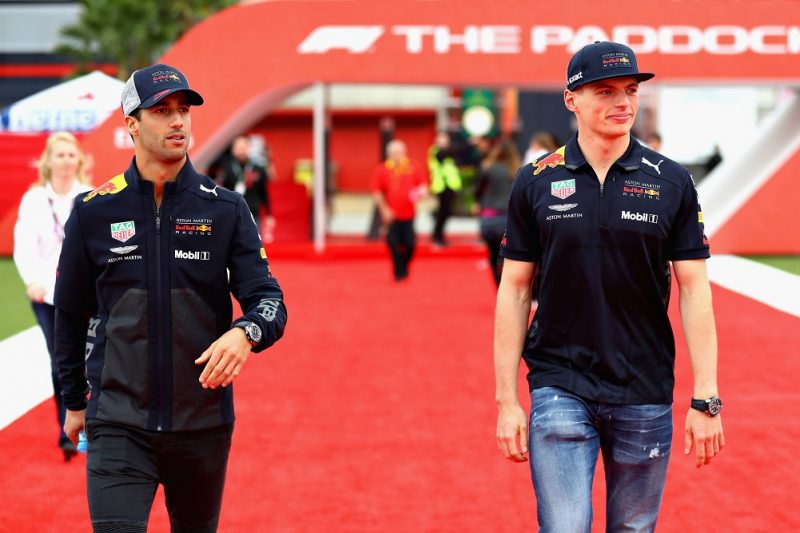 Red Bull Racing will issue team orders in the event of another Baku-like scenario but hopes in general to still let its drivers race each other.

This weekend’s Spanish Grand Prix will be the first Formula 1 race since the coming-together between Daniel Ricciardo and Max Verstappen in Azerbaijan a fortnight ago.

Ricciardo rear-ended his Dutch team-mate as he attempted to pass on Lap 40, after a vigorous contest between the two which twice saw contact earlier in the race.

Team principal Christian Horner, speaking shortly after the race, said that the drivers shared blame for the incident and would be made to apologise to staff at Red Bull Racing’s Milton Keynes factory.

However, they would still be allowed to race each other if they showed “respect” to each other.

That freedom will come with caveats, however, with Ricciardo revealing that some form of team orders would be likely if a situation threatened to escalate as it did in Baku.

“If it got to that point again where there is banging wheels and stuff, then yes, especially if the car is faster behind,” the West Australian told reporters in Catalunya when asked about the possibility of a call from pit lane.

“Then you’d probably expect at some point they might go, ‘Right, let’s swap cars and release one of them’. There is no guarantee, but that was one thing we certainly talked about.

“I said I want to race, so I don’t want that we just follow each other for 60 laps.

“We’re not going to have team orders but if we find ourselves battling too hard or losing time to the others, especially if there is maybe a faster car coming through, then I think the team would step in a bit more before we started banging wheels again.”

“We also understand that we don’t want that to happen again,” said the 20-year-old.

“If maybe (it is like) Baku again, I think at one point the team will may be tell us to calm down a bit and just follow each other, in the last few laps, I don’t know.”

He also said that there were no lingering ill feeling between Ricciardo and Verstappen, drawing a contrast to the relationship between Mark Webber and Sebastian Vettel, who infamously crashed into each other in Turkey in 2010.

“However, in future we will tell the race engineers that they will have to intervene when we see that it could escalate again.

“The two of them have spoken. There is no bad blood. You don’t have to talk about it anymore. The book is closed.

“Ricciardo and Verstappen actually get along very well.

“This was not the case with Vettel and Webber back then, nor with Senna and Prost (then-McLaren team-mates), nor with Hamilton and Rosberg (then-Mercedes team-mates).”

Practice for the Spanish Grand Prix starts tonight at 1900 AEST.