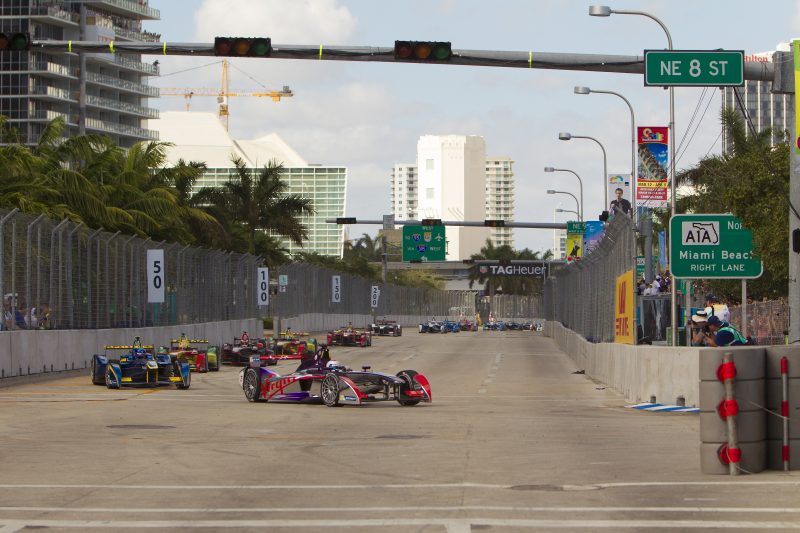 The Miami City Commission has approved plans to negotiate with Formula 1 to hold a street race within the city.

At a meeting of the five-person commission, attended by F1’s commercial boss Sean Bratches, it was unanimously decided to approve the race in principle.

Miami will now enter into negotiations with Formula 1 over a 10-year deal to hold the race from 2019.

“With the unanimous votes at both the City of Miami and Miami-Dade County’s Economic Development and Tourism Committee, we are very pleased to have received preliminary approval towards bringing a Formula 1 Grand Prix to Miami,” said Bratches said.

“We recognise that this is only the start of the process and we will immediately get to work with the various community stakeholders, the City of Miami, the Port of Miami, Bayfront Park Management Trust and others, in order to reach a final agreement.

“Formula 1 in Miami represents a fantastic opportunity to bring the greatest racing spectacle on the planet to one of the world’s most iconic cities, and we are delighted that the journey is underway.”

Miami mayor Francis Suarez sponsored the resolution supporting the race, and was enthusiastic about the exposure which a grand prix would generate for the city.

“F1 is a worldwide sport with approximately 1.8 billion TV viewers annually,” he said during the commission hearing.

“I believe it will help in the transition of the City of Miami from a gateway city to a global city.

“It has a potential economic boost of over $2.8 billion, (a figure recorded) between the years of 2012 and 2015 in downtown Austin, which is the only other city in the United States that (currently) has an F1 race.

“This is a first step, and hopefully at some point there will be an agreement come before this commission that has been vetted by the community and be voted on.”

City manager Emilio Gonzalez will now negotiate with F1 with a Host City Contract to be written and prepared to the city commission for analysis before July 1.

The race would take place in October.

The lap features two long straights across the Port Boulevard bridge in the Port of Miami and also circles American Airlines Arena, the home of NBA team the Miami Heat.

Today got a first look at a potential map for @F1 in @downtownMIA. Most of course is in the port with a loop around AAArena. Would you like to see #miami become a stop on the Formula One circuit? pic.twitter.com/sOY08hJ5yM

The United States last hosted multiple grands prix in 1984 when both Detroit and Dallas were on the calendar.

Champ Car and Formula E have previously raced on Miami city streets, including some sections which would be common to the Formula 1 circuit.