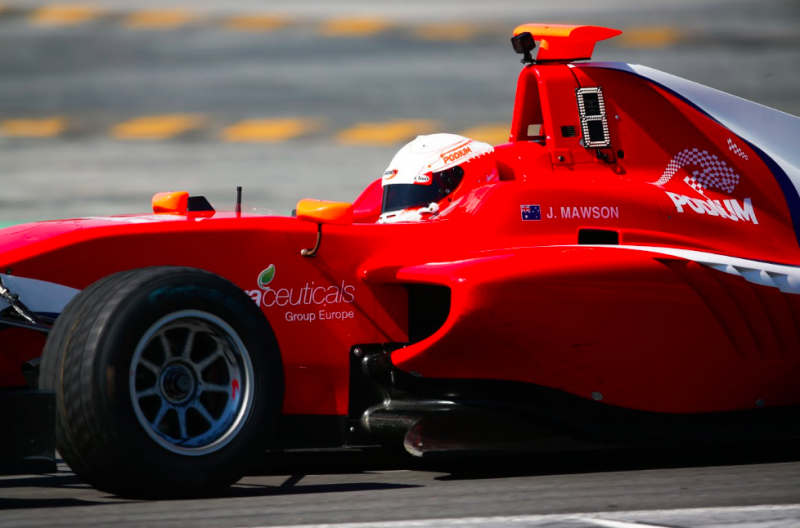 Joey Mawson believes his maiden GP3 season will be a critical year in his quest to reach Formula 1 as he prepares to make his debut at Barcelona this weekend.

The 22-year-old from Sydney has graduated to the F1 feeder series with the renowned Arden operation founded by current Red Bull F1 boss Christian Horner.

Mawson will become only the second Australian to compete in the series which supports F1 for all nine of its rounds.

After a difficult season in the FIA European F3 Championship, the rising star is looking to impress in GP3 in the hope of attracting attention from F1 teams.

“It is always a critical year. Getting that bit closer to Formula 1 so every year is more and more important,” Mawson told Speedcafe.com.

“If I can get the results I can get noticed so it is more critical.

“I will try to do the best job I can with the tools I have and the team around in Arden, who also have a lot of connections.

“When you get the results the doors open but it is easier said than done.

“There is no doubt that last year was a disappointing season for myself. It was a long time coming to get that podium, I felt I should have got one at Pau and Hungary.

“Overall the team had a difficult year which didn’t make it easy but I have learned a lot from that year.”

Mawson says racing for Arden and its links to Red Bull has provided an added motivation to succeed.

The 2016 German Formula 4 champion introduced himself to Horner at the Australian Grand Prix in March.

“I have introduced myself to Christian Horner and he said he will keep an eye out which is positive. It was great to meet him,” added Mawson.

“There is a lot of history there and there is even a Red Bull F1 car on display when you walking the workshop which is cool.

“It is a bit of inspiration and it shows you what might be possible in the future.

“In the past there have been people who have won in Formula 2 and have still not made it to Formula 1.

“The first step and best way to give yourself the opportunity is by winning in your category and that is what I hope to be able to do.”

This weekend will prove to be an emotional one for the young Aussie following the death of long time sponsor and benefactor Tom Warwick this week.

Warwick was due to attend the GP3 opener to support Mawson.

Mawson will contest two races at the Circuit de Catalunya with the first scheduled for 1815 AEST on Saturday.