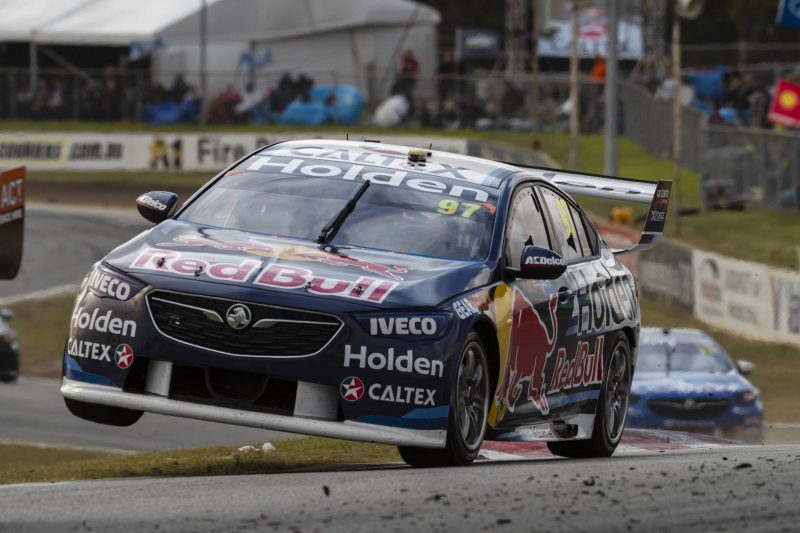 After dominating the season opener at Adelaide, van Gisbergen has had to battle a number of unusual niggling car issues which have proved costly.

The 2016 champion encountered a radio issue on both Saturday and Sunday in Perth.

While he Kiwi battled around the issue to finish third in Race 11, a loose wire in his helmet prevented him from hearing a crucial strategy call on Sunday that restricted him to fifth.

The problems arrive after van Gisbergen battled balance issues at Albert Park, before a brake bias balance bar failure in Race 8 at Symmons Plains, followed by an intermittent power steering drama in Race 9 at Philip Island.

Dutton admits it appears from the outside that issues have only struck the #97 Commodore, but confirmed problems are not specific to that chassis, which the team is working to address.

“It looks like there’s all these issues on the one car, but it’s not that because when we have new helmet kits made, they’re not made by the people on that car, and they’re made in a batch,” Dutton said, referring to the radio drama van Gisbergen suffered at Barbagallo Raceway.

“So while it looks like that (all the problems have occurred on the #97) it would be unfair to say that.

“Some of them are hard decisions and extra hours doing this, doing that, really trying to get to the bottom of it.

“As I said, it’s not just focused on that car; if they’re happening on that car, that’s unfortunate, but the mistakes could transpire to being on any car.”

Dutton admitted that his team has been suffering from a hectic start to the campaign contributed by the arrival of the new ZB Commodore.

As the official homologation team for the car, the operation has endured a busy off season preparing components for itself and rival teams, with 14 ZB Commodores on the grid this season.

He feels fatigue has proven a contributing factor but stresses it is not an excuse for the issues.

“It doesn’t help. It’s a massive thing because… it’s hard, even though it’s this far into the season it feels like it’s the end of the year; everyone’s been putting in so much effort,” he added.

“But, at some point you don’t want to keep using that as an excuse or even a reason.

“Because then if you always find a reason, ‘Oh well, it’s not that bad,’ well then you’re not going to put enough in place to say, ‘draw a line, yes we’ve done a lot of work but we always do a lot of work and we don’t have this many issues, so we need to nail it down.”

The squad will head to Victoria next week for the sixth round of the championship at the Winton SuperSprint.