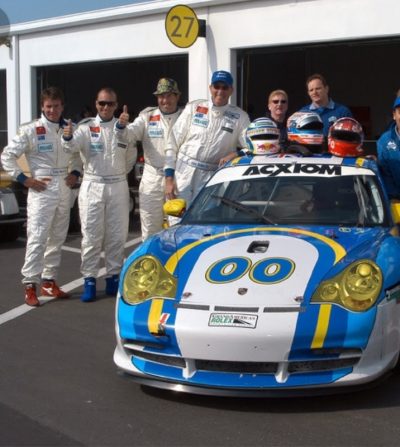 Teulan, who passed away yesterday, was a successful property developer who achieved highly at a national level in Australian motorsport.

He and his Porsche finished third to the all-conquering Monaros in the 2003 Bathurst 24 Hour.

Teulan also won the secondary classes of Nations Cup, the forerunner to the Australian GT Championship, in 2002 (Group Two) and 2004 (Trophy Class).

In 2005, he, Marcos Ambrose, Paul Morris, and Craig Baird drove together in the ‘Aussie Assault’ entry in the 24 Hours of Daytona.

According to Morris, that race played an important role in Ambrose’s move into NASCAR the next year.

“I used to drive for him in the early 2000s, we did a Bathurst 24 Hour together. He always put us in the right place to get a good result and as a gentleman driver he did a great job, definitely batted above his average.

“(Daytona) was a pretty good experience and I think that was the catalyst to Marcos getting to America really.

“That’s when he first met up with the guys from Ford USA and started opening up those doors, so he was very good to a lot of people for sure.”

A significant crash in Australian GT at Phillip Island in 2008 prompted Teulan to step back from motor racing.

“On behalf of Australian GT, its competitors, and the entire Australian motor sport community, we extend our deepest sympathies to John’s family and friends,” said Collier.

“John was a fabulous individual who contributed much to the sport he loved, and we are immensely proud Australian GT was a part of his life.”

Speedcafe.com extends its condolences to John’s wife Lynnie and the rest of his family.