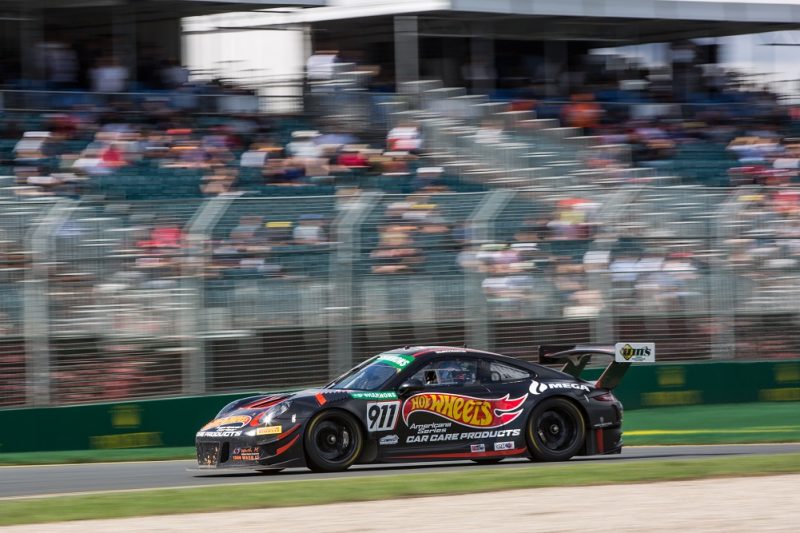 Liam Talbot will drive alone in the CAMS Australian GT Championship this weekend with John Martin to sit out the Sandown round for strategic reasons.

Talbot and Martin have shared the Walkinshaw prepared Porsche 911 GT3 R in each of the first two rounds at Albert Park and The Bend.

The former runs to a unique four-race format which allowed each to have two races to themselves, while the latter was also the first Australian Endurance Championship round of the season and therefore necessitated a two-driver line-up.

Talbot will, however, compete alone in the three 40-minute races which form Round 3 of the season at Sandown International Motor Raceway.

The team has decided that the time to be served on account of Martin, a multiple World Endurance Championship LMP2 class race winner, would place the car at too great a disadvantage at Sandown.

Martin will nevertheless join the team in an off-track role at the Melbourne circuit.

“With John’s ranking under the Australian GT rules and a relatively short lap of Sandown, we are penalised with a longer minimum pit stop if he is in the car, so therefore we’ve elected from a championship perspective that I’ll do it alone this weekend,” explained Talbot.

“It is purely a strategic move and Johnny’s fine with that, however he’ll be in our bunker still and we’ll be drawing on every piece of his experience.

“The driver rankings can be a bit out from time to time so we have to work with what we are presented as best as possible and that is what (team principal) Mathew Nilsson and the Walkinshaw GT3 has elected to do this weekend.”

Talbot, who just fell short of the title when it hosted the Australian GT Championship finale last year, has a golden opportunity to move to the top of the table this weekend due to the absence of leaders Max Twigg and Tony D’Alberto, who he trails by two points.

“We’re in a good place heading into the weekend from a points perspective, Sandown’s a great track, generally we’ve gone well there,” said Talbot.

“This weekend with it predicted to be wet should suit the Hot Wheels Car Care Products Porsche.

“We saw what John was able to do with it at the Grand Prix in the wet and we’ve learnt a lot more about its characteristics since then, including some more wet running at The Bend.”

The #911 Porsche is one of 29 cars entered in Round 3 of the Australian GT Championship, which runs with Shannons Nationals this weekend (May 11-13).