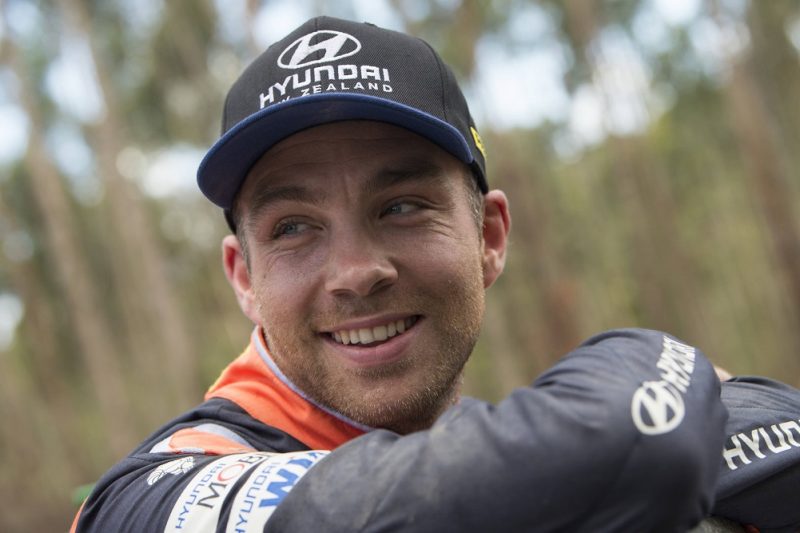 Hayden Paddon will be one of Hyundai’s three nominated drivers for manufacturers’ championship points when it enters four cars at Rally de Portugal.

Paddon is sharing a drive with Dani Sordo in this year’s World Rally Championship due to the arrival of Andreas Mikkelsen at Hyundai, the current leader of the manufacturers’ championship.

Given the odd number of rallies this season, the team has chosen to enter four cars in Portugal in order to give the New Zealander and Spaniard an equal number of starts.

A team may nominate three drivers to score manufacturers’ championship points at each rally, with the two highest placed drivers’ points counting towards the tally.

While Hyundai could have chosen to make any of its four drivers ineligible in Portugal, either of its part-timers were the obvious options.

It has chosen to make Paddon eligible for manufacturers’ points, with Sordo competing only for his own drivers’ championship points score.

The Canterbury native is considered a better driver than Sordo on gravel, which is the surface for Rally de Portugal.

In his only previous WRC start of 2018, in Sweden, Paddon won two stages and finished fifth overall.

He is also partaking in five of the six Brian Green Property Group New Zealand Rally Championship rounds this season in an AP4-specification i20, and has won every stage in each of the first two rounds so far.

The four i20 WRC entries are among 14 World Rally Cars entered for the sixth round of the championship, up from the usual 11 to 12.

Citroen will field a third C3 for Mads Ostberg’s second start of the year, while Yazeed Al Rajhi has entered a 2016-specification Ford Fiesta.