No plans for Super2 wildcards at Winton SuperSprint

No plans for Super2 wildcards at Winton SuperSprint 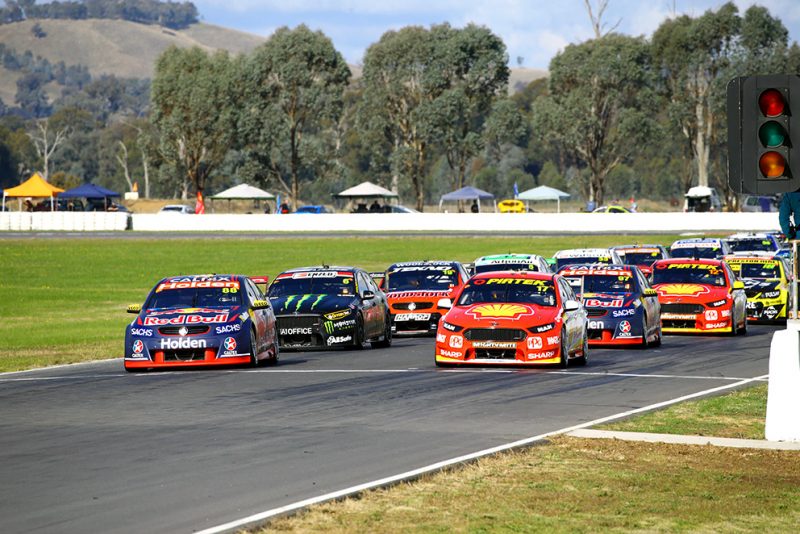 The Supercars grid is not expected to expand at Winton

The Supercars Championship field appears set to remain at 26 cars for next weekend’s Winton SuperSprint after Dunlop Super2 teams elected against taking up the championship’s wildcard program.

Winton is the first of four rounds this season where Super2 drivers and teams can join the main game through a wildcard initiative which was launched last year.

The program proved to be successful with Todd Hazelwood, Macauley Jones, Shae Davies, James Golding and Jack Le Brocq all taking advantage of the scheme in 2017.

While there have been indications of wildcard programs from drivers in the current Super2 field, Supercars has indicated to Speedcafe.com that there are no plans for any wildcards at Winton.

MW Motorsport confirmed that his team has no plans for any wildcard outings at Winton for Garry Jacobson, Alex Rullo or Dean Fiore, having fielded an entry for the now Paul Morris Motorsport driver, Davies last year.

However, Speedcafe.com understands there are plans for drivers to take up the program at either of the remaining eligible events at Hidden Valley (June 15-17), Queensland Raceway (July 20-22) and The Bend Motorsport Park (August 24-26).

Kurt Kostecki has flagged plans to make a wildcard appearance at Queensland Raceway through his family-run Kostecki Brothers Racing operation.

“We’ve applied to race at Queensland Raceway this year, so we’re just waiting to see back from Supercars how that’s going to go and then hopefully a few other things can fall into place,” Kostecki told Speedcafe.com prior to the Perth SuperSprint.