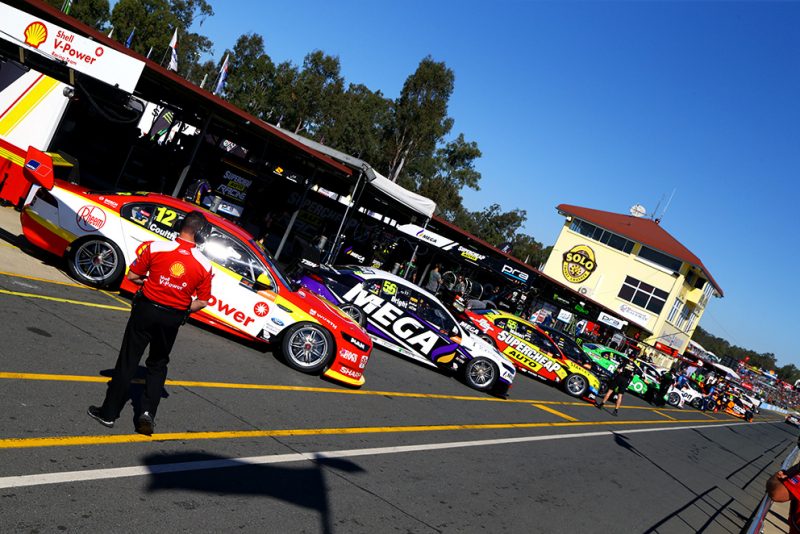 Queensland Raceway is awaiting sign off on vital circuit upgrades

Supercars is confident safety upgrades will be installed at Queensland Raceway to enable this year’s championship round to go ahead despite moves to sack the entire Ipswich City Council (ICC).

Plans to dissolve ICC emerged over the weekend following the latest corruption crisis that has seen Mayor Andrew Antoniolli charged with fraud by Queensland’s Crime and Corruption Commission (CCC).

The situation is unfolding while Queensland Raceway is seeking sign off and funding from ICC for crucial track upgrades required to secure an FIA Grade 3 licence needed to host Supercars from July 20-22.

Supercars agreed a 10-year deal with ICC and the circuit last year on the proviso upgrades, believed to cost in the region of $1 million, were completed following the results of an FIA track inspection.

However, ICC revealed in February that it was working through measures to implement the upgrades alongside plans to reach a new two-year sponsorship deal in place of the previous agreement, which was abandoned after a change of council.

While the full details of the updates remain confidential, pit wall catch fencing is among the list of items required to meet the FIA’s safety criteria.

Championship CEO Sean Seamer says the crisis at ICC shouldn’t affect the upcoming Coates Hire Ipswich SuperSprint with the upgrades and track licence expected to be in place before the round.

“Queensland Raceway is scheduled to do upgrades over the next two years.

“So, the latest update I had is that they were maybe hoping to even get all of those upgrades done for this year.

“As far as we’re concerned, we’re not a political business, we just crack on and go racing and that’s what we plan to do.

“If anything, we’re looking at getting more of the upgrades done this year based on the update I’ve had most recently.

“I haven’t seen anything from Queensland Raceway or CAMS to suggest otherwise,” Seamer added, when asked if the circuit will receive its track licence in time.

Queensland Raceway general manager Keith Lewis has told Speedcafe.com that sign off on the upgrades was expected from ICC this week but is unsure if the corruption investigation will affect the process.

“We are going through the formalities and we expect it to be all ticked off or within the next two days,” Lewis told Speedcafe.com.

“We don’t know how quick their processes will be or whether they will change because of what is going on.

“From our point of view the design work has been done and we have sent that off to CAMS. Quotes have come and costings have been submitted to Ipswich City Council, we are just waiting for an answer.”

If given the green light by ICC, Lewis says there is plenty of time to complete the upgrades before July’s race.

“It shouldn’t be a problem,” he added.

“The main work we will be doing this year is debris fencing around the place and that is the majority of it and it should be done before July without a problem.”

Speedcafe.com has sought comment from ICC and is awaiting a response.