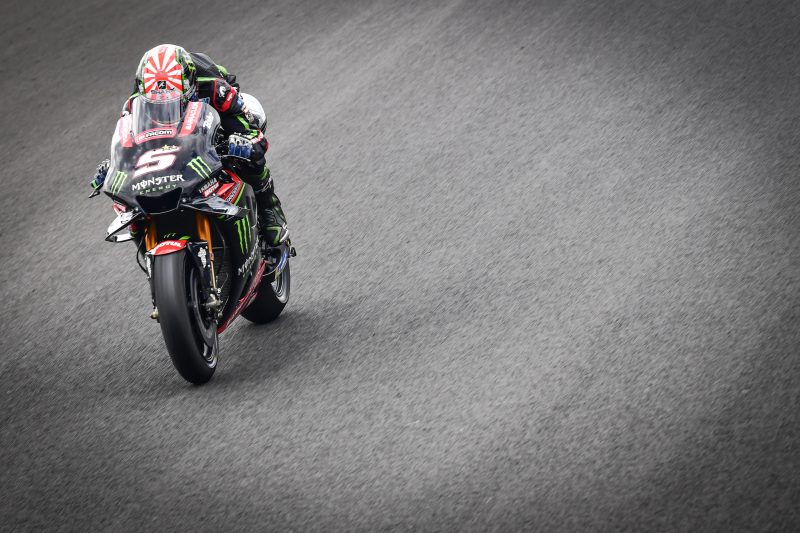 Zarco lapped within a tenth of the new outright lap record which Crutchlow set during the race weekend’s qualifying session.

The Tech3 Yamaha rider had already gone to the top of the timesheets before improving to that 1:37.730s lap.

Crutchlow was the previous fast man and the LCR rider finished 0.217s slower, but just ahead of the first of the factory Hondas in Dani Pedrosa.

On the other Repsol Honda, Jerez race winner Marc Marquez ended the day in fifth position as between them they tried a number of new aerodynamic options.

Splitting them was Movistar Yamaha’s Maverick Viñales, while Jack Miller put himself ninth-fastest on his Pramac Ducati.

The Ducati Team, Suzuki Ecstar, and Gresini Aprilia sat out the test, as did Pramac Ducati’s Danilo Petruccu and Tech3’s Hafizh Syahrin, the latter after he had a bicycle crash before the race weekend.