Super2 round podium beyond Randle’s expectations

Super2 round podium beyond Randle’s expectations 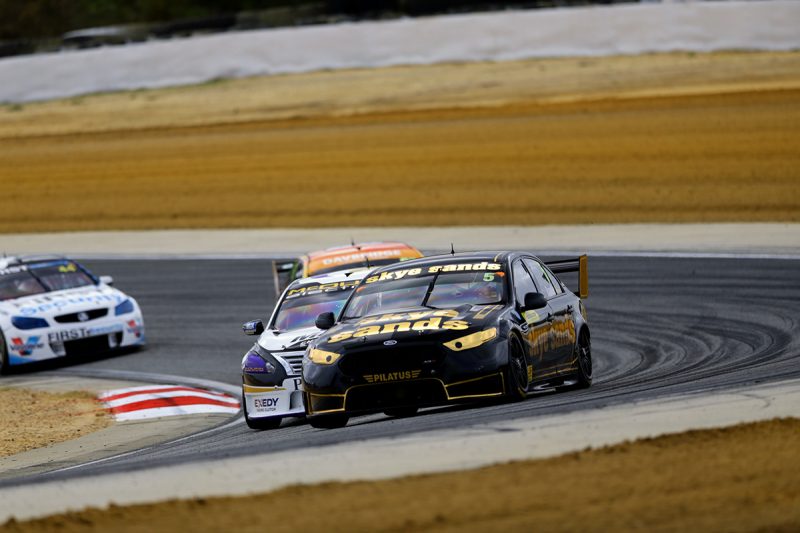 Thomas Randle could scarcely believe how well his third round in the Dunlop Super2 Series played out at Barbagallo Raceway.

The Super2 rookie achieved a maiden Armor All Pole Position in Qualifying for Race 2 at the Perth circuit, finishing that race in second having been beaten by Paul Dumbrell off the line.

He bookended that result with finishes of sixth in the other two races in the Tickford Racing FGX Falcon, but was actually on for the round win in Race 3 before dropping down the order in a frenetic, rain-affected encounter.

Randle ultimately finished Round 3 in third position, 10 points shy of maiden race and round winner Dean Fiore, easily his best weekend in Super2 to date.

The 22-year-old’s first race weekend in the series came to an end with a power steering midway through Race 1 at Adelaide’s notorious Turn 8 sweeper, before he ran around the back of the top 10 at Symmons Plains.

Randle’s only other competitive experience in a Supercar has come in a single round of the Kumho Tyre Australian V8 Touring Car Series last year, having initially forged a path in open-wheelers domestically and then overseas. 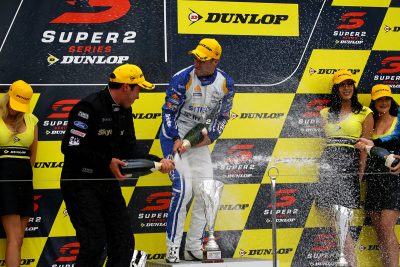 Randle on the podium

“Pretty bloody good, to be honest,” Randle beamed when asked how he felt post-Race 3.

“We finished ninth for the round (at Symmons Plains) and I didn’t really have the best qualifying there so that was one of the biggest things that I wanted to work on.

“After qualifying I was very happy (but) then it’s race time so everything changes again, and I didn’t really know what the deg is going to be like around here.

“Twenty-eight laps times three, they were my longest race stints, (and) this track is very hard on tyres, but to come away with third is beyond my expectations.”

Randle had spent the preceding two years racing mostly overseas, including a title-winning Toyota Racing Series campaign and a mid-season move into the highly-regarded Formula Renault Eurocup in 2017.

When asked how his European experience compared to Super2, Randle spoke of the closeness of the latter field.

“It’s pretty tough, the top 10 in qualifying were separated by a second (Ed: Top 16 in first session, top 19 in second session), and last round Chris Pither won, this round we were dicing.

“It just seems to be if you finish sixth here in Super2 it’s still bloody good.

“I think that the top eight, top 10 cars, really top 15, are all within half a second, so one small mistake, especially around Barbagallo, can put you from the front row to the 10th row.”

Of the five Super2 qualifying sessions held across the first three rounds, only Pither is a multiple pole-sitter.

Randle is the 11th driver to finish on a race podium in the nine Super2 Series races to date in 2018.