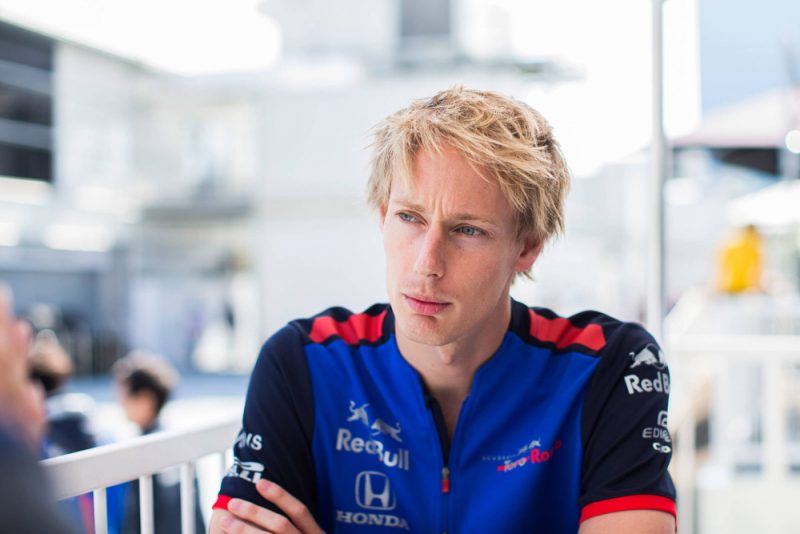 Brendon Hartley has credited victory at last year’s 24 Hours of Le Mans as the reason he was offered a chance in Formula 1.

The New Zealander received a call up to join Toro Rosso at the United States Grand Prix, stepping into the seat vacated by Renault-bound Carlos Sainz.

Speaking with Mark Webber on F1’s official website, Hartley believes his Le Mans victory was the deciding factor in landing the opportunity.

“Probably the most important race of my career,” Hartley said of last year’s French classic.

“I think if I hadn’t have stood on that top step with Earl (Bamber) and Timo (Bernhard), I think arguably the Formula 1 drive wouldn’t have existed.

It’s a result he believes has come as a result of an improved understanding of the car and tyres, especially in qualifying trim.

“So far this year, I’ve been relatively happy with my qualifying performance, especially compared to last year, when I had not yet developed an understanding of how to get the most out of the tyres,” he said.

“Now, I feel like I’m understanding the car and tyres more and more and that’s given me a lot more confidence going into qualifying sessions.

“It’s one of the most fun parts of the weekend because all the fuel load comes off, the rubber goes down and that’s when these cars really come alive.

“They’re literally the quickest cars on earth and qualifying really highlights that. It’s not often that you don’t have a smile on your face with the amount of grip that we have and the lap times we’re doing.”

This weekend F1 makes its first appearance in Europe in 2018, with the Spanish Grand Prix in Barcelona, a circuit familiar to all teams and drivers following pre-season testing.

“Barcelona is probably the track on the calendar that every single driver knows better than any other, which also makes it extremely challenging when it comes to trying to get any advantage over your team-mate or the others drivers and teams,” Hartley explained.

“It’s not just the actual testing that means we all know it well, because, from my time working in simulators for various teams, I know that the Catalunya track is used a lot in the sim.

“Tyre management will be very important at this track because, even on a qualifying lap, you have to keep the rears alive for that last sector where you need the traction,” he added.

“You can easily destroy the rear tyres through that first part with all the high-speed corners but it’s one of the challenges of getting the most out of the qualifying lap.”

The Spanish Grand Prix has been a near permanent fixture on the F1 calendar since Pedrables hosted the first event in 1951.

It’s been an ever-present since 1986, when the event moved to Jerez, before moving to its current home just north of Barcelona in 1991.