Coulthard: Salvaging 16th was best I could do

Coulthard: Salvaging 16th was best I could do 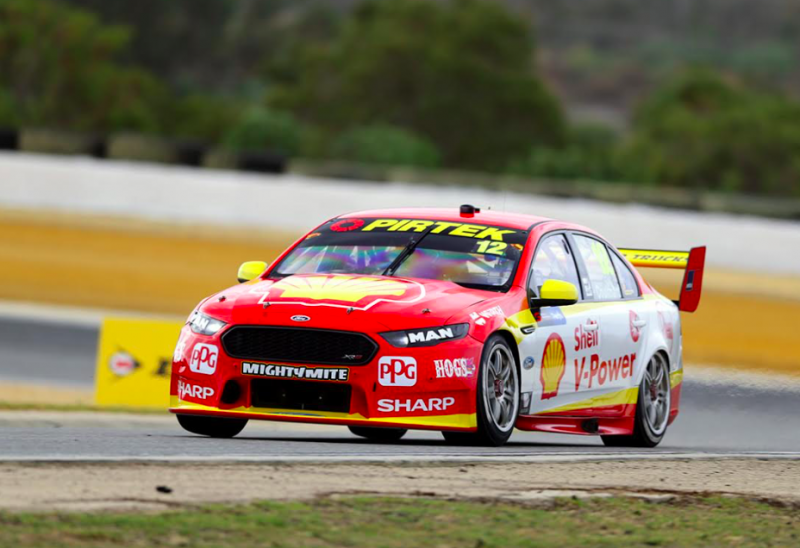 Fabian Coulthard believes a recovery to 16th position was the best he could have hoped for after being caught up in several unfortunate incidents in Race 12 at Barbagallo Raceway.

The Shell V-Power Racing driver faced several setbacks during what proved to be a hectic conclusion to the Perth SuperSprint that left Coulthard to fight back from the rear of the field twice.

Coulthard, starting from 17th on the grid, was caught up in an opening lap clash involving Richie Stanaway (Tickford Racing), Mark Winterbottom (Tickford Racing) and Scott Pye (Walkinshaw Andretti United), which resulted in contact that saw him leave the track.

Team-mate Scott McLaughlin, who started two spots behind Coulthard, somehow managed to weave through the chaos as he embarked on an impressive drive to an unlikely victory.

Recovering from 24th spot, Coulthard was hampered after receiving contact in a clash involving Craig Lowndes, who was trying to overtake Tim Blanchard at Turn 6.

Given the circumstances, the Kiwi felt 16th represented a good salvage job from a trying race.

Both incidents were investigated by the stewards who deemed no driver was predominately to blame.

“I got a good start and then whatever happened at Turn 5, I don’t know what happened, the field sort of checked up and I got taken out from behind,” Coulthard told Speedcafe.com.

“Then it was exit stage left, and I was on the dirt and what have you. That took me back to last.

“I got past a few, probably passed four or five cars, and then (Craig) Lowndes was passing (Blanchard) I think at the time, then I’m turning right and then I’ve just been cleaned up again. Another incident and went back to last.

“And then (I) double-stacked in the pit-stop and went back to last and finished 16th.

“If you put that into perspective, I mean 16th is not great but I think given the circumstances we did the best we could with what were handed.”

Coulthard, who finished eighth in Race 11, says he was happy with the balance of his Shell Ford and remains confident that strong results are not too far away, having been away from the podium since Race 4 at Albert Park in March.

“It’s been well documented I’ve had my fair share of bad luck, team calls, pit stops and things like that,” he added.

“At the end of the day I can only do the best I can do, as a group I think we’re doing a good job.

“We can put a few procedures in place to make things slightly better. On a whole I think we’ve done a good job.

“It’s (the car) been good, I haven’t been unhappy.

“When the team wins, we win, I’m sure if the roles were reversed Scotty would be just as happy for me as I am for him.

“I’d like to see me be that person, Mark Fenning (engineer) and I are working together for the first time this year.

“So, I think our little group is doing okay, we don’t have many results to show for it at the moment but I think they’re coming.”

Coulthard sits ninth in the championship standings ahead of the Winton SuperSprint from May 18-20.