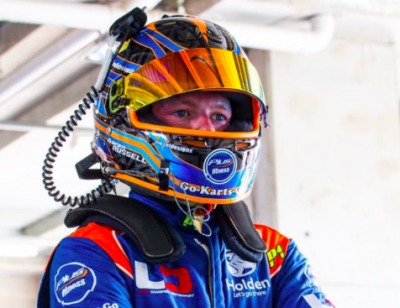 Aaren Russell will race in Round 2 of the Australian Prototype Series presented by Hot Wheels this weekend at Sandown.

Russell is set to make his APS debut in the family’s recently-acquired Radical SR3.

The idea for the Nissan Motorsport co-driver to race a Radical came about in slightly unusual circumstances.

“It’s something that only came together a month ago,” explained Russell.

“We got Dad (Wayne) a Radical drive day voucher for his Birthday. He took John (Fuller) from (sponsor) Plus Fitness along and had the most fun.

“We saw it as another way we could service corporate clients – putting them in the passenger seat and having some fun.

“Personally, it’s also a great way to get some miles before the enduros as well.

“They’re very different to a Supercar but they’re such nimble, cool little cars. I can’t speak highly enough about driving them; they do what you want them to, you drive them hard and they’ve got lots of aero.

“We have purposefully left this car with the sequential shifter, rather than paddle shifters, so it’s all the same motions as the Supercar.”

The start will for now be a one-off, with Russell stating that entering subsequent APS rounds “depends on how this weekend goes and how it pans out.”

Russell will co-drive with Andre Heimgartner in this year’s Pirtek Enduro Cup, which begins with the Sandown 500 on September 14-16.

He will be part of a 13-car grid this weekend, with John-Paul Drake the highest-placed driver in the field given the absence of Round 1 winner Peter Paddon.

Practice takes place on Friday May 11.