Fiore: Super2 win ‘right up there’ in career

Fiore: Super2 win ‘right up there’ in career 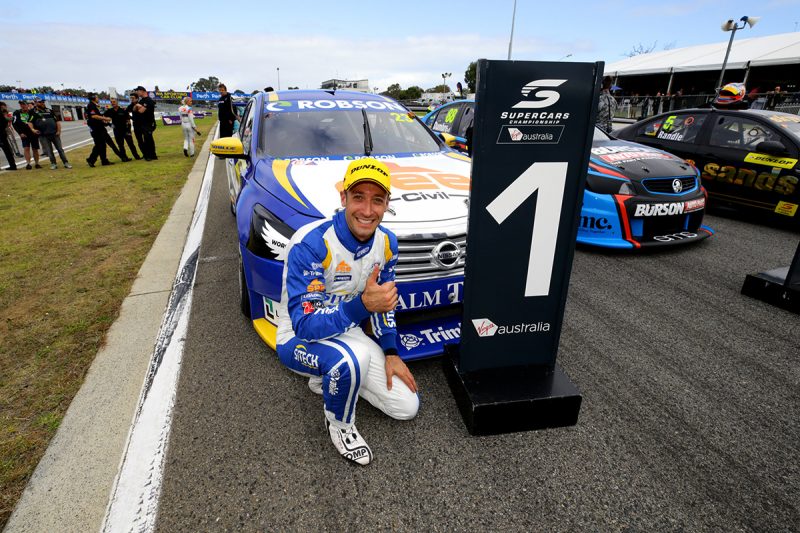 Dean Fiore has compared his maiden Dunlop Super2 Series race and round win at Barbagallo to his 2014 Gold Coast 600 podium.

Fiore ran away with the final race of the weekend in Perth for what was his first win in a Supercar, in his first full campaign in Super2.

The West Australian himself joined MW Motorsport this year to enhance his preparations for his Pirtek Enduro Cup co-drive with Michael Caruso and Nissan Motorsport.

He therefore races an Altima in both Super2 and the Virgin Australia Supercars Championship.

Fiore made his Supercars Championship debut in 2009 at Team Kiwi Racing, which became Triple F Racing when his family operation took over TKR’s entry.

That REC moved with Fiore to Dick Johnson Racing when the Queensland team grew to four cars in 2012 and on to Lucas Dumbrell Motorsport in 2013.

Fiore surrendered the REC and stepped back to a co-driver role at Nissan Motorsport in 2014 and has driven with Caruso in the enduros ever since, taking a podium on the Sunday that year at the Gold Coast 600.

Having had three Super2 round starts across two separate seasons prior to 2018, that podium at Surfers had been Fiore’s best result in a Supercar.

He says that the win in Super2 is on par with that podium, given the level of competition in the second tier of the category.

The #23 Sitech Altima’s race result in the year prior to the Perth SuperSprint had been a ninth in Race 2 in Adelaide, albeit after being excluded from qualifying.

“It’s right up there, definitely, up there with the podium with Caruse at the Gold Coast 600, (and) to do it at home,” confirmed Fiore.

“Super2 is super tough, it really is. If you’re a little bit off, you’re nowhere, so even a top 10 in quali is like, ‘Well, that’s not too bad, we can fight from there,’ you know? 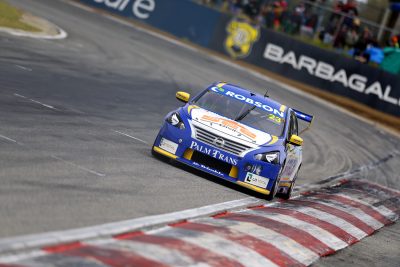 The result was all the more special given that Fiore did so on home soil.

“I’ve done it before (won at Barbagallo) at state level, but never at this level,” he explained.

“I raced here with Matty White in 2014 and got on the podium and that was great, but (this win) it’s awesome.

“I’ve got so much support here, I know a lot of people, in business as well, who were up in the corporate suits so I’ll say g’day to them later,” he added post-race.

Fiore is now ninth in the series, which continues at Townsville on July 6-8.

He is set to drive Caruso’s Altima in the Supercars Championship additional driver session at the Winton SuperSprint on Friday May 18.