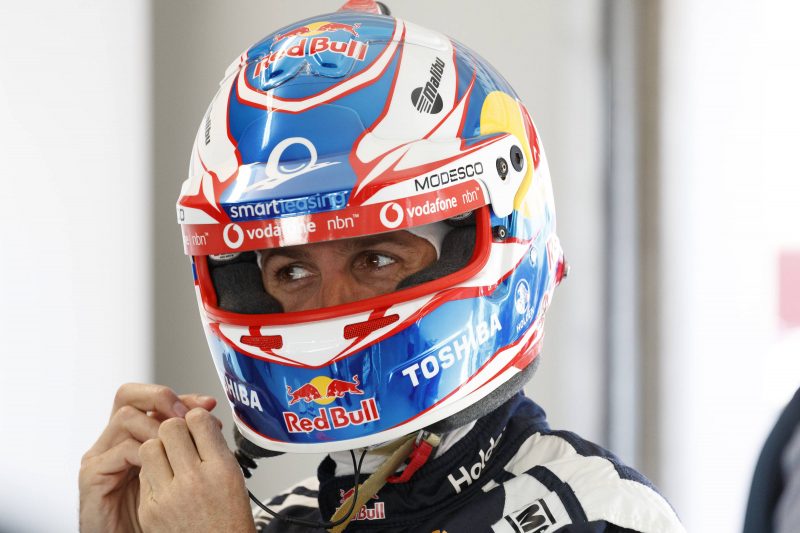 Jamie Whincup has finished fastest in Practice 4 at the Perth SuperSprint but Scott McLaughlin will have to start the first part of Qualifying for Race 11 later this morning.

The Red Bull Holden Racing Team driver leapt up from very last to the top of the timesheets in the second-last of 20 minutes with a time of 0:55.2686s on new tyres.

McLaughlin, on the other hand, was running around on somewhat used tyres for his final run but couldn’t improve enough to stay in the top 10 and finished 12th in the #17 Shell V-Power Falcon.

“I don’t know whether other people did or not. Maybe we got caught out by that.

“I had a fair bit of push there too. I’m confident we can come through in the three runs, but I think we just missed the boat there.”

Chaz Mostert ended up just 0.0429s off top spot in the Supercheap Auto Racing Falcon, while Practice 3 fast man Will Davison was just over a hundredth of a second slower again in the Tickford-built Milwaukee Racing Falcon.

David Reynolds was seventh-fastest in the Erebus Penrite Commodore from two Nissans in the form of Rick Kelly (Castrol Racing Altima) and Andre Heimgartner (Plus Fitness Altima).

The session began with all but Todd Hazelwood (Bigmate Falcon) and Tim Blanchard (Cooldrive Commodore) on wets after earlier rain.

They were first and second respectively before the rest of the Virgin Australia Supercars Championship field bolted on slicks for their respective second runs, when lap times began to tumble.

Rain, however, could return later in the day.