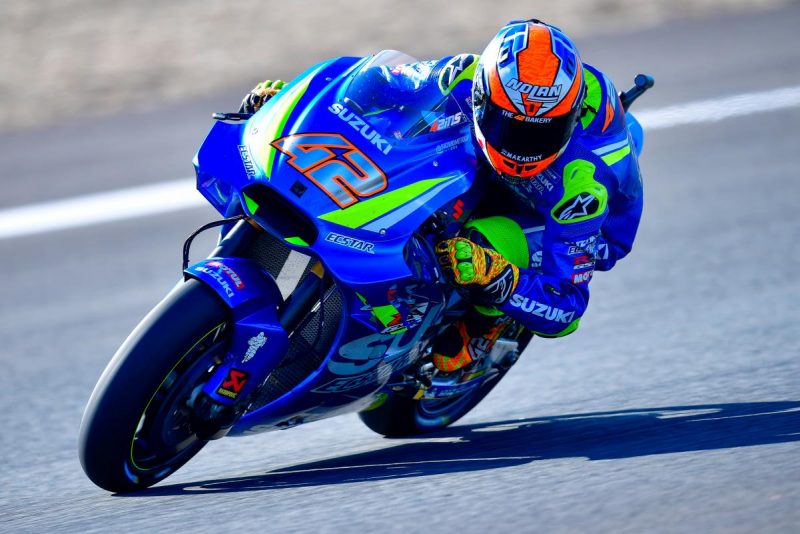 Suzuki’s MotoGP team principal Davide Brivio has confirmed his team’s intent to retain Alex Rins after the Spaniard’s comments that he is virtually re-signed for another two seasons already.

Rins, who debuted with Suzuki in the premier class last year, told Spanish television rights holder Movistar that his re-signing was a formality even if it had not been made official

“There’s nothing signed but I know that, speaking with Davide and all, I’m going to be here for the next two years.”

“I mean, we are okay, looks like everything is going well, smooth, so (he is) probably going to stay, as we hope.

“We want to keep him, he wants to stay.”

Rins experienced a lacklustre start to his first year with Suzuki, including a run of four rounds out with injury, but found form with five top 10 finishes in the last seven races, the best a fourth on the final day in Valencia.

He has bookended a maiden premier class podium in Argentina with crash-induced DNFs in the other two races of this year to date but has qualified sixth for tonight’s race in Spain.

Meanwhile, Brivio downplayed the significance of rumours that Suzuki was in talks with Jorge Lorenzo about joining the Japanese marque.

Reports had suggested that Suzuki is seeking to replace Andrea Iannone on the other GSX-RR, but Brivio stated that that Iannone’s similar improvement in performance has placed him in a position to retain his seat.

“Andrea (Iannone) started to get a good feeling with the bike for Austin (Round 3) and started yesterday morning (Friday practice) in a good shape, good feeling, always in a top position, so very good.

“We are talking to Andrea. As we say before the season, let’s see first few races and see how it goes.

“About the rest, there are many rumours,” he added, specifically addressing a question about Lorenzo from Dorna’s television pit reporter Simon Crafar.

“We all know each other in the paddock, I know many rider’s managers, they come to ask, which at the moment is just chat and kind of investigation from everybody.”

Brivio was also non-committal on the question of a satellite Suzuki team for 2019, though he did say that a decision would be forthcoming soon.

Suzuki is one of three manufacturers with no confirmed satellite team for 2019, a situation which the Italian had been keen to change in order to enhance development capacity.

“This is what we would like to do,” he said of partnering with a satellite operation.

“From a technical point of view, we really need to have two additional bikes to gather more information and to speed up the development but we are now dealing with the factory, whether they are ready or not to do this extra work.

“Of course we have to decide very soon, and we are in a final stage for a decision; we will tell you soon.”

Iannone starts one position behind Rins for tonight’s grand prix from 2200 AEST.