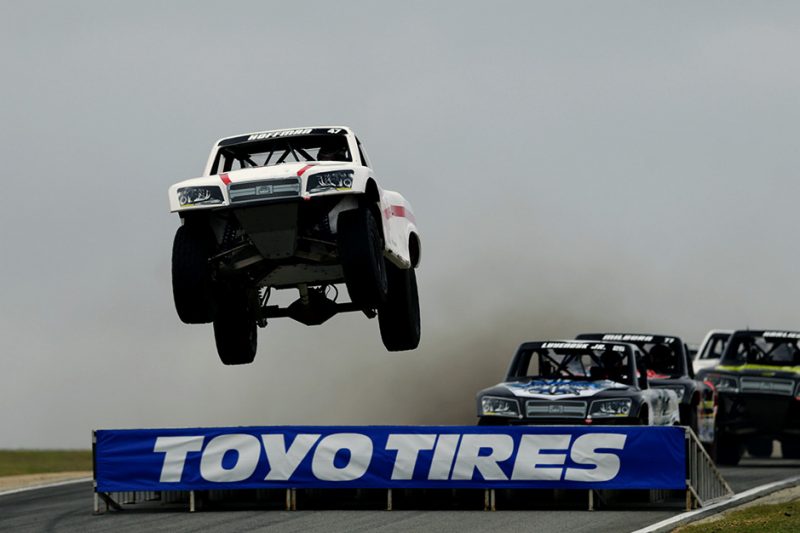 Jeff Hoffman took a commanding victory in the final race of the weekend in the Speed Energy Stadium Super Trucks series at the Perth SuperSprint.

Bill Hynes led off the reverse grid pole as Cole Potts moved his way into second and ultimately the lead on Lap 4.

The race was briefly neutralised on Lap 5 when a bollard found its way onto the circuit before the competition caution came on Lap 8 with Potts still out front.

When proceedings got back underway, Hoffman made light work of Hynes to move into second as a rain shower doused the track.

Blade Hildebrand muscled his way past Hynes moments later before the latter dropped even further back when he ran wide in the slippery conditions at the final corner.

At the front of the field, Hoffman eventually caught up to race leader Potts as the pair duelled on Lap 11 until Hoffman got by on the run down to the final turn.

Potts crossed the line second ahead of Paul Morris in third, while Matt Brabham and Gavin Harlien rounded out the top five.

Stadium Super Trucks heads to Detroit for Round 5 from June 1-3. 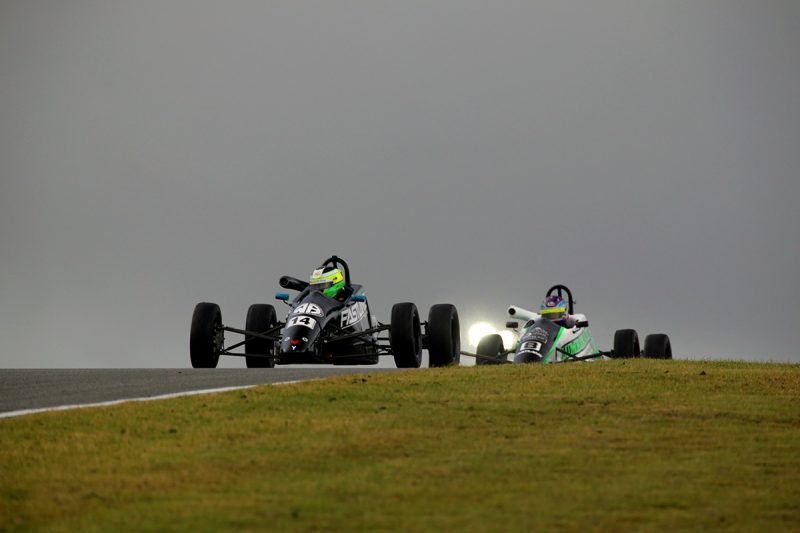 The final Formula Ford race of the weekend went the way of Peter Major.

Major led the opening laps, briefly dropping to second as Bryce Moore made a move before the former regained the top spot moments later.

A last gasp effort saw Moore pull alongside Major out of the final corner, falling short by 0.06s, with Cade Bell rounding out the podium.

Grant Johnson prevailed in the final WA Saloon Cars race of the weekend to claim three out of the four wins on offer at Barbagallo.

Johnson beat Brock Boley to the line, while Travis Sharpe rounded out the podium.