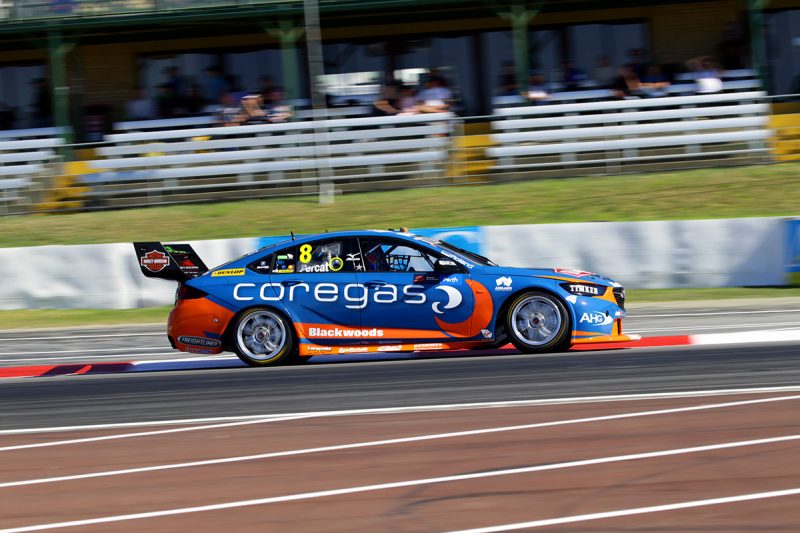 Nick Percat has revealed that the effects of a previous foot issue flared up during Saturday’s Race 11 but is hopeful it won’t affect the conclusion of the Perth SuperSprint.

The Brad Jones Racing driver revealed part of his right foot was ‘cooked’ in Race 11 due to heat building up in the footwell of his car.

It was a similar situation to the Gold Coast in 2015, which then triggered a blood infection that sidelined him from the remaining two rounds of the campaign for Lucas Dumbrell Motorsport

Percat went into detail of the drama he faced on Saturday when speaking to Fox Sports after Practice 4.

The South Australian has since told Speedcafe.com that he expects to be fine for today’s action, while Brad Jones Racing said their driver was walking ok and giving pit tours in the garage.

“Obviously, practice went well, P5, but I don’t know if people remember 2015 I was in hospital for two months with a blood infection, muscle all got a bit cooked at Gold Coast,” Percat told Fox Sports after practice.

“Yesterday we had a little bit of a drama in the car so it has cooked my foot again.

“Not ideal, can’t really walk and can’t really push the brake pedal that well, so the wet was handy because I left foot brake in the wet, but this afternoon is going to be a world of fun.

“If I can’t walk around here I don’t know how I’m going to do in a race car.

“Once the adrenaline kicks in you kind of forget and then I’ll get out and probably not be able to walk again.

“The issue is, what happened in 2015 it wasn’t actually a blister, the muscle gets quite hot so then it actually causes muscle damage.

“That year it got infected and I had the blood infection and was in hospital for so long.

“I don’t get a blister, it just actually cooks the muscle on the inside. If you were to touch it, feet are disgusting, but half my foot is normal temp and the other side is roasting. A bit of fun.”

“Yesterday, literally the difference between Slade and I in qualifying, we took a gamble and tried a different front spring, didn’t work out obviously I ended up 18th and Slade was fourth or fifth, which was awesome for the team,” added Percat.

“And then just went back to my original set-up, drove through the field and then this morning we’re fifth – it’s good, cars are fast, so hopefully it’s a nice day to me, the car’s easy to drive, I don’t have to worry about my foot too much.

“Just a pleasant Sunday would be good.”