Oliveira to move into MotoGP with Tech3

Oliveira to move into MotoGP with Tech3 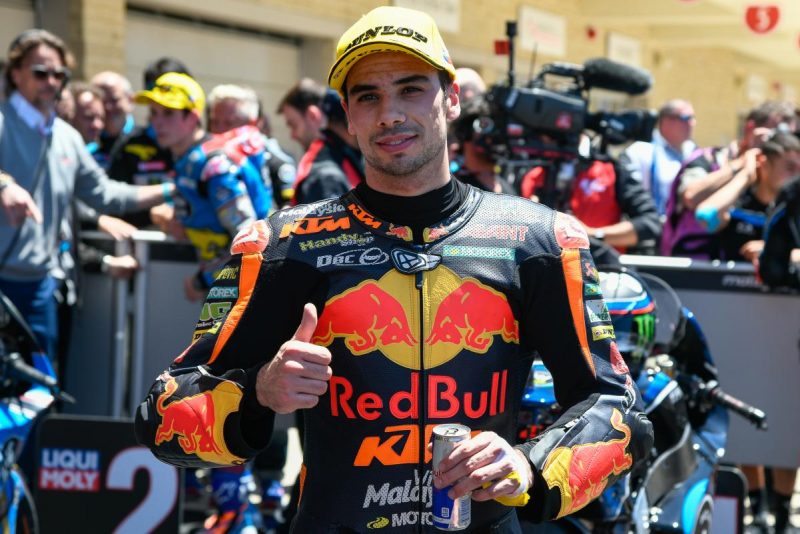 Oliveira currently rides for Red Bull KTM Ajo in Moto2, finishing last season third in the standings and winning the last three races of the season for the Austrian marque.

The 23-year-old Portuguese rider was runner-up with the same outfit in Moto3 in 2015, before his first year in the intermediate class was spent with Leopard Racing.

Oliveira had also cut his teeth in the Red Bull Rookies Cup, which is supplied by KTM.

Tech3 announced in February that it would end its long relationship with Yamaha, team principal Herve Poncharal subsequently stating that his squad would become an “official junior team” to its new partner.

“This is an emotional step for us because it proves all what we have said about building a structure in this paddock and being able to come from the Red Bull Rookies Cup, go through the classes with us and end up in a MotoGP team,” said KTM Motorsports Director Pit Beirer.

“Together with Aki Ajo we created the Moto2 project to be the platform that develops riders for MotoGP and I have to thank Aki for this partnership because he is doing a great job with the riders.

“If they come out of his ‘school’ then they are ready for MotoGP and I’m happy we can give a chance to Miguel.

“It feels great to know we can have Herve, Aki and (KTM factory MotoGP team manager) Mike Leitner around the table to make our strategy in this paddock.”

Oliveira added, “It is very early in the season but I am really happy that KTM have seen enough from this year and the last to trust me and believe I deserve this opportunity in MotoGP. I’m really thankful for that.

“I’ve always dreamed of MotoGP. I had it as a goal and to be able to achieve that is something so positive.

“I have been through all the steps that Red Bull and KTM have together since the Rookies Cup; I believe I’m the first. I think that shows other riders can trust in KTM and their project.

The announcement comes on the same day that Tech3 confirmed speculation that it would also switch to KTM equipment in Moto2 next season, instead of building its own bikes.

Earlier in the week, KTM made public news of current Tech3 rider Johann Zarco’s signing for the 2019 and 2020 MotoGP seasons.

The Frenchman will join Pol Espargaro, who recently sealed a contract extension for the same period.

The fourth race of the season, the Spanish MotoGP, starts tonight at 2200 AEST with Cal Crutchlow on pole.