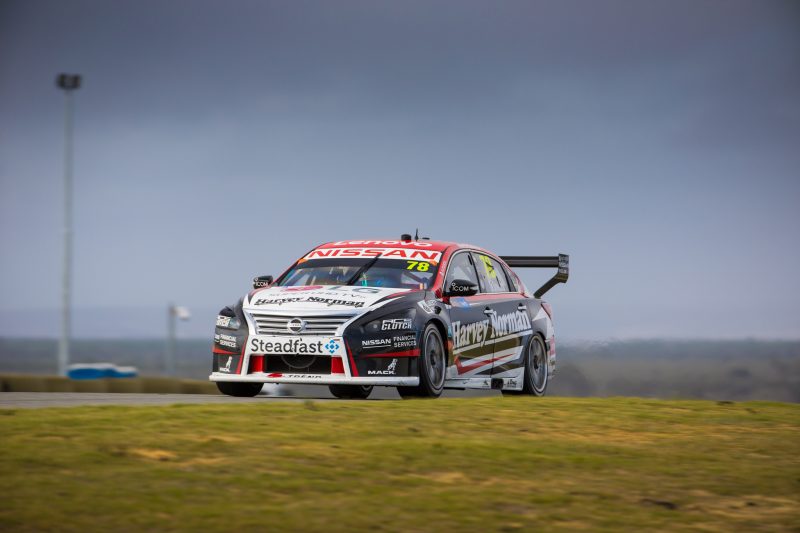 Simona de Silvestro believes her career best Supercars finish in Race 12 of the Perth SuperSprint represents a reward for the effort which she and Nissan Motorsport have been making.

The Swiss racer finished 12th in Sunday’s race at Barbagallo, one place up on her previous best which she managed at Phillip Island last season.

It’s a result that follows glimpses of improved form throughout the 2018 campaign, having been 11th fastest on combined results on the Friday at Symmons Plains.

At Phillip Island she was similarly strong in practice, but it has taken until Barbagallo to transform that into race pace.

“Even the beginning of this season was not what we wanted.

“(I’ve) Been working quite hard with my engineer Chris (Stuckey) and just trying to get more out of the car like I want to. So far, I think now the results are showing.

“The team was a bit sceptical but it’s starting to show its the right direction for me.”

Now in her second full season in the competition, the former IndyCar racer says she is enjoying her time in the Supercars field.

“It’s rough out there, it’s way rougher than any other series I’ve been in,” she said.

“Its quite a lot of fun, I really like the racing in Supercars; it’s really intense all race long and there’s definitely a bit of contact out there.”

Heimgartner qualified an impressive fourth, and ran towards the front end of the field for much the 83 lap race only to find himself shuffled down the order on the final lap after a battle with Shane van Gisbergen.

“I don’t know whether we could have held off van Gisbergen for the rest of that final lap as he had better tyres than us and was very quick, but to lose not only that position but then two more after being bumped off the road is not a good feeling, especially after such a great race,” Heimgartner said.

“While that wasn’t the end to today that we wanted, if we look at the race overall, I am very happy.

“We qualified well this morning through each stage of the qualifying format, and we converted that practice and qualifying speed into a race set-up which saw us well and truly in the top five all race long.

“At the end of the day, it was a strong day for the #7 and especially after Saturday’s issues, we are very happy with what we were able to put together.”

Nissan’s fourth car, that of Michael Caruso, was involved in an early clash with Will Davison that saw the Drive Racing entry head to the pits.

As the season moves to Winton, de Silvestro now sits 22nd in the championship standings with 414 points, only two places back from team-mate Heimgartner.