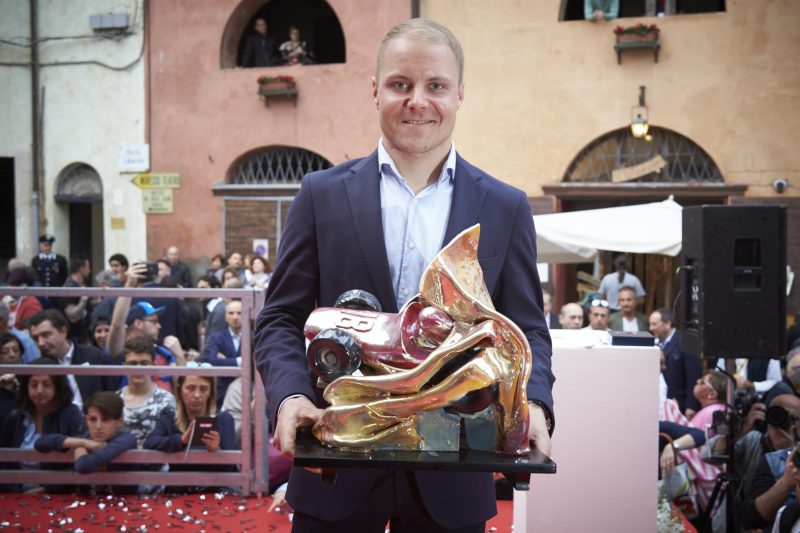 Mercedes Formula 1 driver Valtteri Bottas has been awarded the Bandini Trophy in recognition of his breakthrough performance in 2017.

The Finnish driver joined Mercedes in place of retired world champion Nico Rosberg at the start of last season.

He went on to record four pole positions and took his maiden race win at the Russian Grand Prix.

Two other wins followed, in Austria and again in the season-ending Abu Dhabi Grand Prix, as he finished third in the championship

“This is a big honour,” Bottas said upon receiving the award.

I saw the list of drivers who received the Bandini Trophy before. There are some really impressive names on that list – just think of the total amount of championships these people have won!

“So I feel very honoured to now be a Bandini winner myself. I had some good moments last year and it’s nice to be recognised for those.”

The Bandini Trophy, named in memory of Italian driver Lorenzo Bandini, is awarded annually for a commendable performance in motorsport.