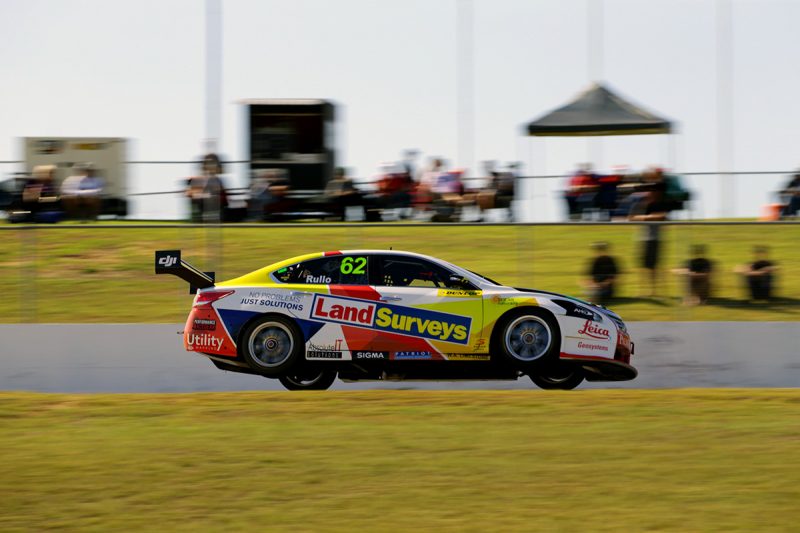 Alex Rullo has taken a first race win in the Dunlop Super2 Series at his home track of Barbagallo Raceway.

Rullo withstood early pressure from Paul Dumbrell, who soon ran off the road and dropped a bundle of positions, to take Race 1 of Round 3 as Dean Fiore made it an MW Motorsport one-two.

The former Lucas Dumbrell Motorsport driver headed the field away from pole position as Dumbrell moved across from the outside of Row 2 to file into second position.

Rullo came under pressure from the two-time Super2 series winner before Dumbrell dropped a wheel off exiting Turn 6 and had to defend second position from Fiore at the bottom of the back straight on Lap 8.

He made a bigger mistake the next time around, running the #88 Eggleston Motorsport VF Commodore off the road at Turn 7 and falling to 14th.

That error gave the #62 Nissan Altima a 1.6s advantage over the #23 Nissan Altima at the front of the field, and Rullo gradually pulled away to record a 2.7s victory in a slightly shortened 26-lap race.

Fiore looked like he might drop a spot to Brodie Kostecki but hung on for what was also his best race result in Super2.

Brodie Kostecki (#57 Kostecki Brothers VF Commodore) had handed his position to then-faster team-mate Kurt Kostecki (#55 VF Commodore) on Lap 6, but the latter gave it back seven laps later when he dived down the inside of Fiore at Turn 7 and couldn’t pull up.

They assumed third and fourth respectively when Dumbrell ran off, and held those positions until the end for an all-West Australian top four in Perth.

Race 2 of three starts tomorrow at 1030 local time/1230 AEST with Randle the pole-sitter.