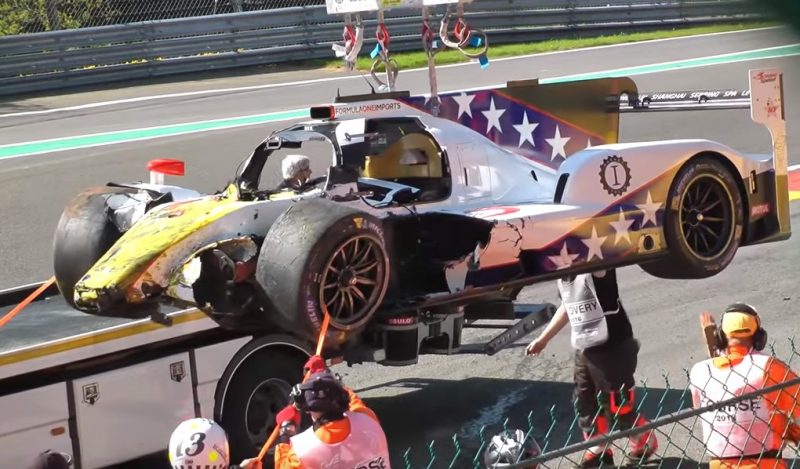 Pietro Fittipaldi has been airlifted to hospital with suspected broken legs following a nasty crash during qualifying for the FIA World Endurance Championship opener at Spa-Francorchamps.

The grandson of Formula 1 world champion Emerson Fittipaldi crashed head on into the barriers at the high speed Eau Rouge corner while driving a DragonSpeed LMP1 prototype.

The 21-year-old Brazilian, who has been named on the official Indianapolis 500 entry list (Includes video of crash), is understood to have been conscious throughout the extraction and his injuries were non life-threatening.

Toyota Gazoo Racing had scored a front row lockout for the 6 Hours of Spa before the pole-sitting #7 car of Kamui Kobayashi, Mike Conway and Jose Maria Lopez was penalised for a fuel flow meter infringement.

As a result, two-time F1 world champion Fernando Alonso will start from pole on his WEC debut in the #8 Toyota Gazoo Racing he will share with Sebastien Buemi and Kazuki Nakajima.