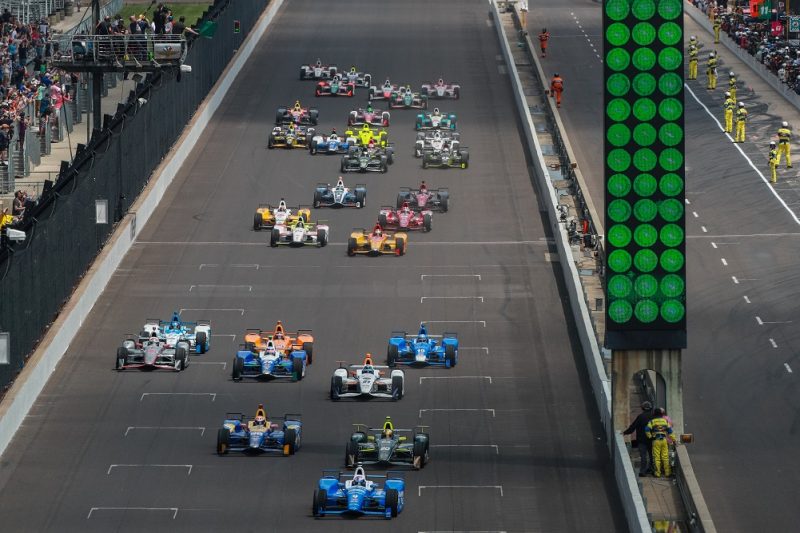 IndyCar has officially released a 35-car entry list for this year’s Indianapolis 500, though there is doubt over one entry after Pietro Fittipaldi suffered suspected broken legs in World Endurance Championship qualifying at Spa.

With grid capacity set at 33 cars, there is set to be a return to bumping to determine exactly who will start the race for the first time since 2011.

The entry list features two Australians, namely 2014 Verizon IndyCar Series champion Will Power and James Davison, the latter of whom will compete in a one-off entry prepared by AJ Foyt Racing.

Power is part of an expanded four-car Team Penske line-up, with Helio Castroneves back in IndyCar for the Indianapolis road course race next weekend and the 500.

Dixon is one of six Indianapolis 500 winners in the field, the others being Castroneves, Tony Kanaan, Ryan Hunter-Reay, Alexander Rossi, and Takuma Sato.

There is a question mark over the #19 Dale Coyne Racing entry after IndyCar rookie Fittipaldi suffered suspected broken legs in a crash during qualifying for this weekend’s WEC season-opener at Spa-Francorchamps (See video below).

The Brazilian lost control of the DragonSpeed LMP1 and took a heavy front-on hit with the wall at Eau Rouge.

“The driver, who was conscious at all times, was attended immediately by the Circuit de Spa-Francorchamps Medical Service and FIA Medical Delegate Jacque Tropenat, extracted from the car and taken by helicopter to the hospital with suspected fractures to both legs,” read a statement from the FIA.

“He is accompanied by the DragonSpeed Team Manager and his condition is not life-threatening. As soon as more information is available it will be communicated.”