Holden would not block Camaro Supercar

Holden would not block Camaro Supercar 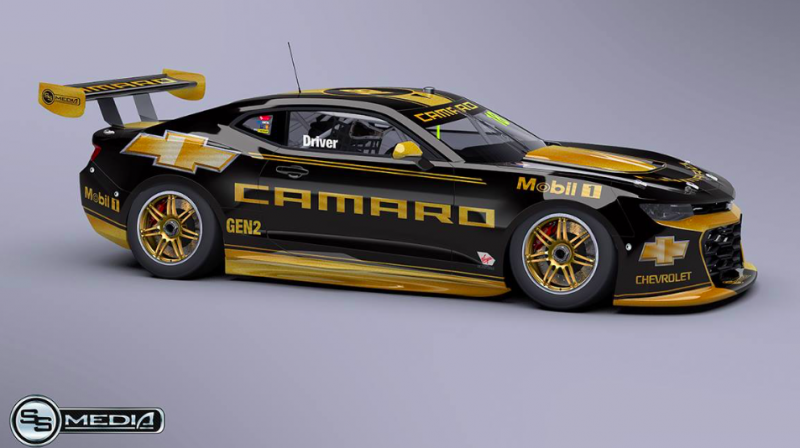 A render of what a Camaro Supercar could look like Pic: ssMedia

Holden will not stand in the way of any plans for a Supercars Camaro to join Australia’s premier touring car series in the future.

The possibility of a Supercars version of the American muscle car has heightened following confirmation that the Ford Mustang will be homologated and developed, with backing from the Blue Oval, to join the Supercars grid next year.

The Mustang will be the first two-door body shape Supercar to race under the Gen2 rules which has triggered talk that the Chevrolet Camaro (General Motors) and Nissan GT-R could be the next models to follow suit.

While the Commodore and Camaro fall under the GM umbrella, Holden, while focussed on the new ZB Commodore, would not stop a rival team’s attempts to homologate, develop and race a Camaro in Supercars.

Holden’s new marketing boss Kristian Aquilina says he would welcome any vehicle to go up against the ZB Commodore.

“We’re thrilled with the ZB Commodore’s performance on the track, and we know it can get even better,” said Aquilina in statement issued to Speedcafe.com.

“Our focus is on having as many Holdens on the podium as we can, race in, race out. We’re confident the ZB Commodore is the car to do this.

“We’re not afraid of putting the ZB Commodore against the best, be that a Ford Mustang, or any other competitor – we know how good the all-new Commodore is.

“If it (Camaro) became a serious prospect, we’d definitely look at it as an exciting development for the sport but our focus is on ZB Commodore.”

Walkinshaw Andretti United (WAU) has been linked with the possibility of running a Camaro in Supercars.

The Walkinshaw-owned Holden Special Vehicles (HSV) has recently confirmed that it will start selling road going Chevrolet Camaros through its automotive arm in July this year.

WAU co-owner Zak Brown has also expressed his desire for the Camaro to join the Supercars Championship when speaking to media at the Formula 1 Australian Grand Prix in March.

The team declined to talk specifically about the Camaro when approached by Speedcafe.com.

While the team is known to be searching for a new manufacturer alliance, Nilsson confirmed the squad would be in a strong position should it be required to homologate a new Supercar.

“We’ve got the right people to do that job and we’ve done it in the past,” he said.

“We did that for many years and we’ve still got the same resources and people and all that sort of stuff to do it, so we know what the (homologation) process is.

“I’m confident that if that was required we could, but at the moment we don’t have that workload, we just have the workload of making our current cars go fast.”

Meanwhile, factory Holden Supercars team Triple Eight has refused to comment on the Camaro as the squad continues to focus on the new ZB Commodore.

The operation has a year left on its current factory deal with Holden.