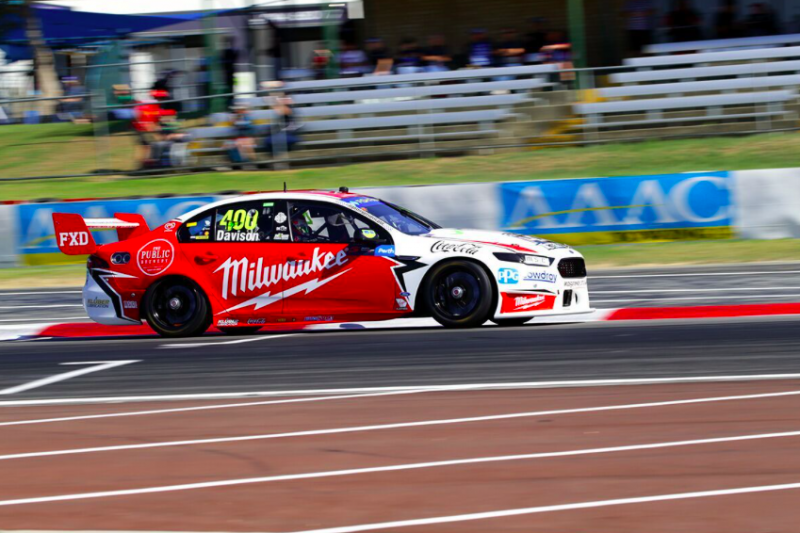 Will Davison has finished on top in Practice 3 for the Virgin Australia Supercars Championship at the Perth SuperSprint.

Davison temporarily went 0.61s faster than the field with a 0:55.2847s on his final run, deposing McLaughlin from first position.

The 23Red entry was on good tyres with an eye to qualifying later in the morning.

“It’s a big tyre game here so we held back a little yesterday; it’s just hard to know what’s going on,” said Davison.

“We’ve still got a set in our bank for tomorrow and we put out best tyre on now that we had, really trying to get a read to try and understand the balance for qualifying which is crucial.

“The track is always quite good in the morning, we made a few changes overnight so I think we improved some things, but we can still tune it out for sure.”

McLaughlin had also been on personal best pace as Davison made his mark, albeit unlikely to hold on to top spot, but locked up and ran through the sand at the final corner, ruining his final run.

“The aim was to go deeper, but not 25 metres deeper,” conceded the DJR Team Penske driver.

“I actually locked the front on the white line just trying to open the corner up.

“The car’s fast and I’ve got to put it together. I’ll give myself a kick up the arse and move on.”

It opened the door for Courtney to take over second and he was soon joined at the pointy end by Pye, though 0.40s separated the Walkinshaw Andretti United drivers.

Just over 0.03s covered Pye, Coulthard, and McLaughlin, however, at the end of the 20-minute session.

Of those, only Heimgartner had managed to improve in their final runs.

Chaz Mostert (Supercheap Auto FGX Falcon) was Tickford’s best in 13th, just inside a second from Davison’s fastest lap, while Mark Winterbottom (The Bottle-O Racing FGX Falcon) said he was concentrating on race pace as he propped up the field.

“(The) Car’s good, we’re chipping away at our plan,” said Whincup.

“We obviously used our bad tyres while some of the other guys used better ones, but no panic stations here.”

The next Supercars Championship session at Barbagallo Raceway is Armor All Qualifying for Race 11 at 1155 local time/1355 AEST.