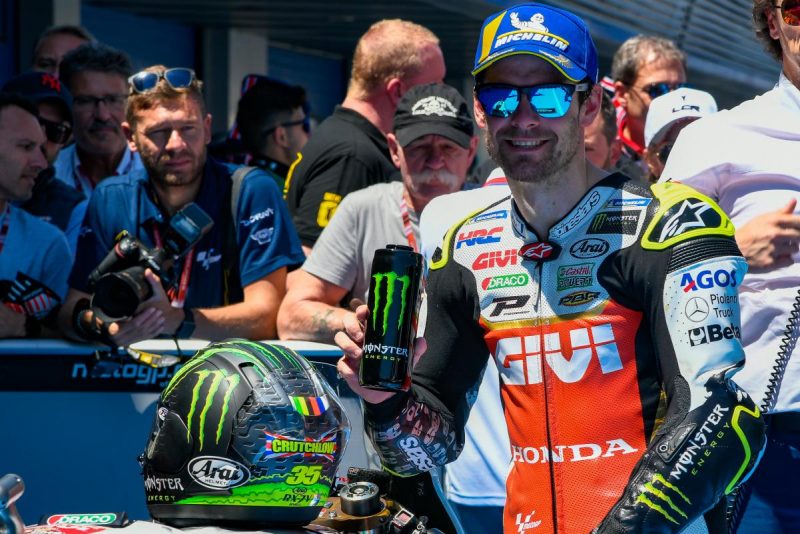 Cal Crutchlow has broken the outright lap record at Jerez to secure pole position for the Spanish MotoGP while Marc Marquez missed the front row.

The LCR rider finished a quarter of a second faster than fellow Honda pilot Dani Pedrosa with Johann Zarco also on the front row.

Crutchlow went for three runs on bike #35, the first of which left him only fifth.

However, he switched to a second bike with brand new hard front and soft rear tyres for a second run, during which he set a new pole record of 1:37.752s.

The Brit was not done, coming out to break the outright lap record which Marquez had set earlier in Free Practice 3 with a 1:37.653s after the chequered flag.

He needn’t have worried as Pedrosa, who moved the #26 Repsol Honda into second position during the 13th minute, could go no faster. 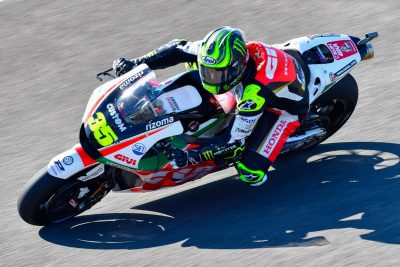 “First of all, my team’s done a great job all weekend,” said Crutchlow.

“We seem to have bounced back after Texas in a good way, I’ve been competitive in most sessions now, and the bike feels good, so we have to give credit to the team and not just me for taking the record here today.

“I think you can see the difference in the bikes between the factory team and my bike but we’re honestly pleased with what we have, I enjoy riding my bike at the moment which is really nice, and I look forward to a strong race tomorrow.

“We’re confident to be aiming for the podium tomorrow and I’ll fight tomorrow.”

Zarco (Tech3 Yamaha) did improve in the final minute of the quarter-hour stanza, an effort which bumped Marquez off the front row.

Jorge Lorenzo moved into fourth after the chequered flag, putting the #99 factory Ducati on the inside of Row 2 alongside Marquez (Repsol Honda) and Alex RIns (Suzuki Ecstar).

Marquez had remained fast through the first and second sectors but couldn’t achieve a full lap which would put him back in front of Crutchlow.

Dovizioso and Viñales had to come through Qualifying 1, the latter surviving a big scare when Aleix Espargaro (Gresini Aprilia) missed the cut by just 0.040s after the chequered flag.

Newly re-signed Red Bull KTM rider Pol Espargaro was the first of the Austrian bikes in 16th, three positions ahead of wildcard team-mate Mika Kallio on a 2019 test mule.

Race 4 of the season will be run over the new, shorter distance of 25 laps from 2200 AEST on Sunday.