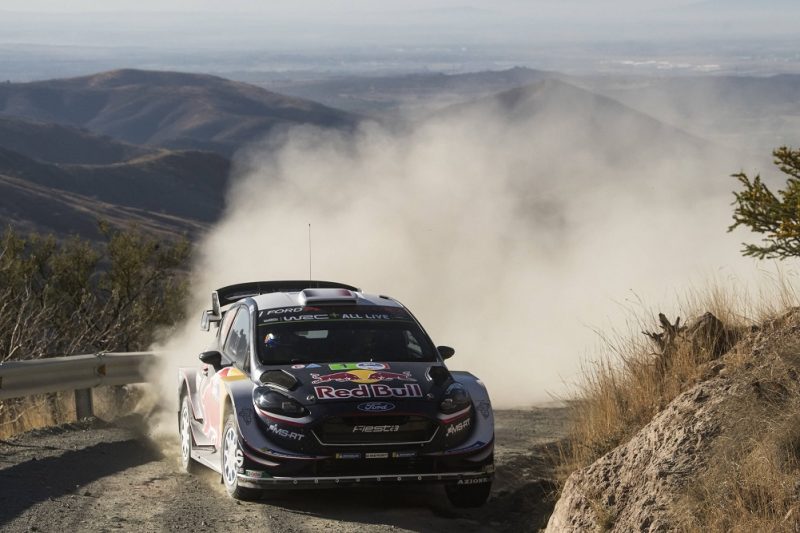 Sebastien Ogier is set to find out if M-Sport Ford’s appeal regarding his Mexico Power Stage penalty is successful this evening.

Ogier won the third round of the World Rally Championship in Central America and had initially picked up a further four championship points for finishing second in the rally-ending Power Stage.

However, he was subsequently issued a 10-second penalty for shortcutting a chicane during that stage with stewards stating that “Car #1 did not go around the elements of the chicane as shown in the roadbook at box 18 of SS22.”

The sanction did not affect the overall result, Ogier still winning Rally Mexico by more than a minute, but does have potentially significant championship ramifications.

Thierry Neuville moved up a position within the top five on the stage in question and therefore gained another point, making for a five-point total swing in the championship.

The Hyundai driver currently trails Ogier by 10 points at the top of the table, a margin which would increase to 15 in the event that M-Sport Ford World Rally Team’s appeal is successful.

According to WRC.com the FIA International Court of Appeal will hear the matter in Paris on Friday morning local time (Friday night AEST).

There will be no impact on the manufacturers’ championship, which Hyundai leads by 15 points over M-Sport Ford, as Power Stage points only count towards the drivers’ and co-drivers’ championships.