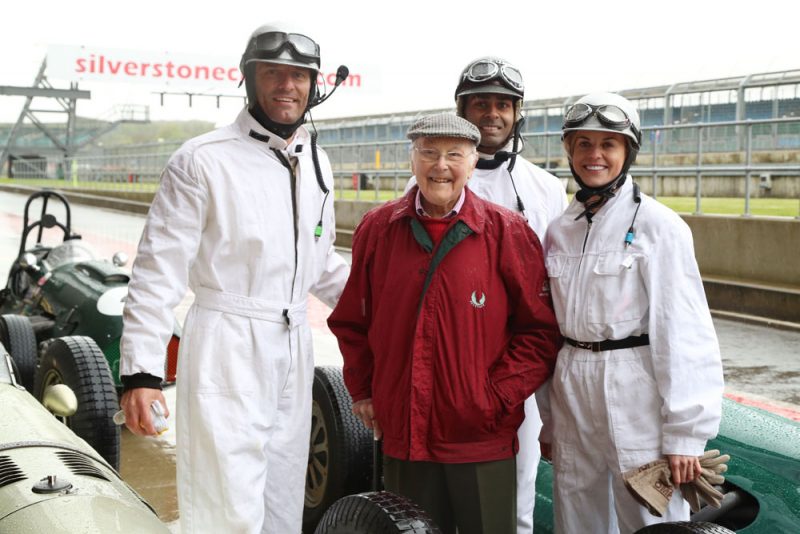 Renowned motorsport broadcaster Murray Walker has been recognised with a Lifetime Achievement Award by the Silverstone Classic.

The 94-year-old was presented with the award by fellow broadcaster Tiff Needell and Silverstone Classic event direct Nick Wigley at the British Grand Prix venue on Thursday.

Walker was at the circuit for the Silverstone Classic Preview Day, which drew a number of historic cars and drivers, including Martin Brundle and Mark Webber. 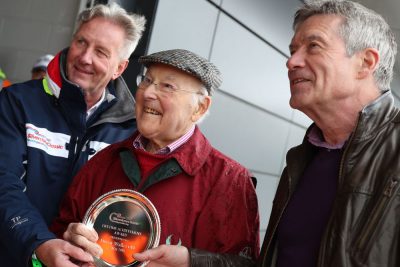 Walker is presented with the award

“When we heard that Murray was coming back to his beloved Silverstone to be with us on our Silverstone Classic Preview Day, we thought it would be a great chance to honour his remarkable career,” said Wigley.

“His infectious enthusiasm for the sport has always been incredible and for millions of us he will forever be the ‘Voice of Motor Sport’ – this award is really a little ‘thank you’ from all of us for all the wonderful entertainment he’s provided over the past 70 years.”

Walker was present when Silverstone hosted its first event, the RAC International Grand Prix, in 1948, and was on hand with Channel 4 television which was filming a segment marking the milestone.

“Silverstone has always meant a heck of a lot to me,” said Walker.

“I was here in 1948 and have covered just about everything on wheels since then. I’ve seen the circuit grow from a World War 2 bomber base into the fantastic complex that it is today and it’s great to see quite literally hundreds of the amazing cars I’ve seen racing here still competing at the Silverstone Classic.

“It’s a unique event and there’s nothing else quite like it in the world.”