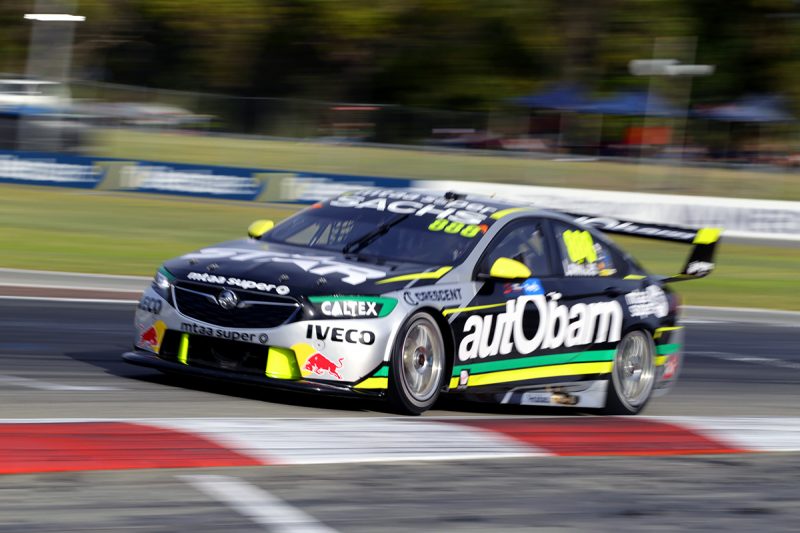 Craig Lowndes maintains that he is in a reasonable position ahead of the first day of racing at the Perth SuperSprint despite an apparent baulk leaving him last in practice.

The veteran’s first attempt at a final flyer in Practice 2 was ruined by traffic in the form of David Reynolds.

With tyres generally only good for one hot lap on Barbagallo Raceway’s coarse surface, Lowndes was unable to improve next time around and ended up 26th on the timesheets.

The outcome means that the Autobarn Lowndes Racing ZB Commodore will have to come out for Part 1 of the three-part Armor All Qualifying process, in which he must finish in the top six to advance to a shot at an at all satisfactory starting position for Race 11 of the season.

Lowndes was in fact one of only two drivers who did not set his personal best lap at the end of practice and finished 1.2s off Scott McLaughlin’s benchmark pace.

However, the Triple Eight driver, currently fourth in the Virgin Australia Supercars Championship, believes that the incident masked his true pace.

“You only get one lap around here,” Lowndes noted.

“Look, the (aim of the) format for practice is obviously to miss Q1. We’re now in Q1 so we’ll deal with that tomorrow.

“But (it is) disappointing. The car was much better than where it ended up.

“I think if you look at our first sector on our first lap we were quite strong.

“If we’d completed the lap we should have been in the (top) 10 somewhere, which is what we were aiming for.

“We did a race run then (earlier in the session), the car was really good on its tyres, which it normally is, so looking I’m forward to tomorrow.”

Lowndes had been threading his way through traffic on the run up the hill but found Reynolds’ slow-moving Erebus Motorsport ZB Commodore at the apex of Turn 5 as he arrived on the scene.

The 43-year-old had to stay wide of the race line, which saw him also go wide on exit and ruin any chance of lowering his personal best.

At the end of the session, Lowndes appeared to slow on the main straight in front of Reynolds, which saw the latter take to the grass.

“We had a good first sector, got past a couple of cars over (Turns) 3 into 4,” recalled Lowndes.

“As we were going over (Turn) 5 we caught a competitor and had to run really wide.

“Look, it’s one of those things. You lose the goodness of tyre around here and you lose a lot of time.”

The Supercars Championship field returns to the circuit tomorrow at 1000 local time/1200 AEST before Lowndes is out with another 15 cars for the start of Qualifying for Race 11 at 1155 local time.