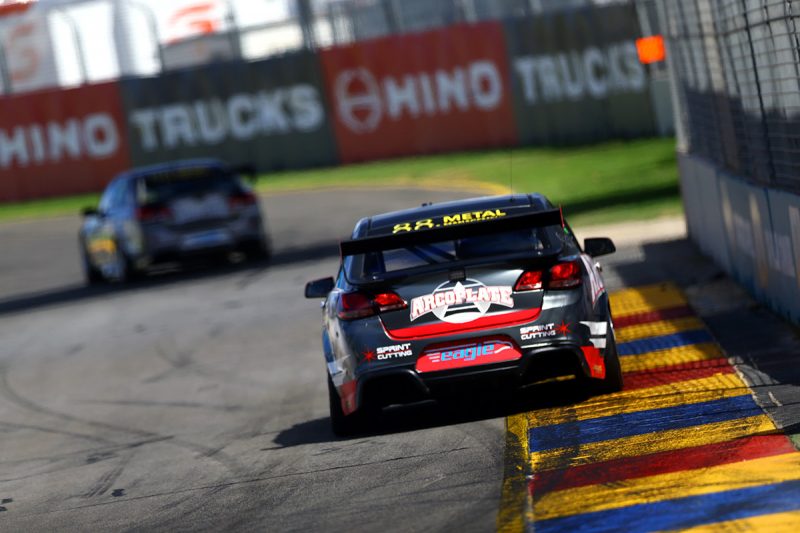 Kurt Kostecki has highlighted the arrival of cousin Brodie at Kostecki Brothers Racing as an important element of his improvement in 2018 despite the latter’s relative lack of Supercars experience.

KBR underwent an off-season shake-up with expansion to a three-car operation, Brodie Kostecki joining brothers Kurt and Jake, and the arrival of Geoff Slater as team manager and Kurt’s engineer.

Brodie is only in his second season in the Dunlop Super2 Series, and his first in Car of the Future-specification machinery after debuting in an older-spec FG Falcon with Matt Stone Racing last year.

Kurt debuted in Super2 in 2014 and would have notched up a first full campaign in 2016 had he and his car not been called up to the Virgin Australia Supercars Championship to fill the breach at Preston Hire Racing for two rounds after Lee Holdsworth’s crash at Hidden Valley.

However, Kurt says that Brodie’s experience in other forms of motorsport and other circuits is actually a boon to the squad.

The 20-year-old arrived in Super2 off the back of a stint in the NASCAR K&N Pro Series.

While in the United States, he won titles in speedway racing and also claimed a race win in late model NASCAR competition in a field which included current Cup Series drivers Ty Dillon and Bubba Wallace.

“He’s got good knowledge about the car and I’m really finding that I’m feeding a lot off him.

“I think it’s just the fact that he’s done a lot in a lot of different cars.

“My experience is particular to the Supercar but because he’s had a lot of experience on a lot of different tracks in a few different cars I’m really learning off how he picks up on things and I think it’s helped me a lot.

“Then with my experience in the Supercar, having a lot more than him, he’s picking up off that, so I think it’s working really well together at the moment.”

Kurt made headlines in the season-opener at Adelaide with his first race podium (Races 1 and 2) and round podium in Super2.

He did not make the dais at Symmons Plains in Round 2 but banked race results of fifth, sixth, and fourth, to remain third in the standings.

Kurt says that he and Bathurst 1000-winning engineer Slater have only begun to make significant changes to the car since Round 1.

With the series moving to Barbagallo Raceway this weekend, the West Australian native played down notions of a home track advantage but hopes instead that the work between rounds will hold him in good stead for Round 3.

“We learned a lot in the last one, so I think it does feel a bit more significant (heading to Barbagallo) in a way but just because of the direction we’re heading.

“At Adelaide we did a bit of learning there and we had a really strong weekend, and we thought, ‘Okay, now it’s time to change the car a little bit,’ because we hadn’t done much at that stage.

“I’ve been working really closely with Geoff and we’ve been trialling a few different things on the cars.”

Kurt also confirmed that he has applied for a wildcard appearance in the Virgin Australia Supercars Championship at the Coates Hire Ipswich SuperSprint, as foreshadowed at Adelaide.