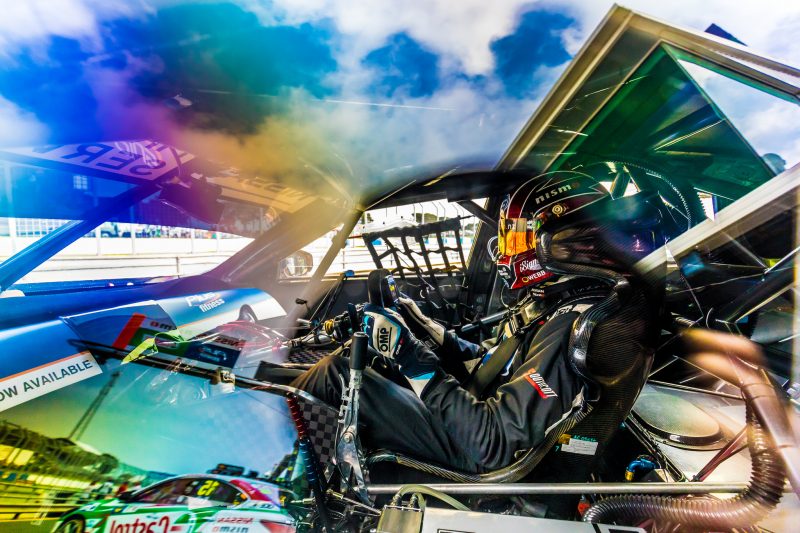 Andre Heimgartner has lapped fastest in opening practice for the Perth SuperSprint at Barbagallo Raceway.

The Nissan Motorsport driver jumped up in the final minute of the 45-minute hit-out to bump Scott Pye, with Craig Lowndes third-fastest.

Heimgartner’s 0:55.6825s lap made him one of five drivers to get under 56 seconds and was just 0.0312s faster than Pye’s best in the Mobil 1 Boost Mobile Commodore.

“We had a new sort of strategy on setting up the car and it seems to have worked pretty well so it’s a good start,” said Heimgartner.

“Not getting too excited just yet because you never know what can happen but it’s great for Plus Fitness Nissan and it’s a good start for the weekend.”

Lowndes (Autobarn Lowndes Racing) was just over a tenth off the pace, ahead of Scott McLaughlin and Jamie Whincup (Red Bull HRT Commodore).

McLaughlin was the only driver in the top half of the field to set his personal best early in the session, clocking an impressive 0:55.8256s on somewhat used tyres in the #17 Shell V-Power Falcon.

The Kiwi held the top spot for more than half an hour before Pye went quicker.

Le Brocq spent time in the garage with a power steering drama in the Tekno Autosports Commodore before climbing as high as second position with just over five minutes remaining as he persevered through the issue.

Supercheap Auto Racing’s Chaz Mostert was the first of the Tickford Falcons in 13th, one position ahead of team-mate Mark Winterbottom.

Rick Kelly (Castrol Racing Altima) was just beyond a second slower than team-mate Heimgartner in 24th.